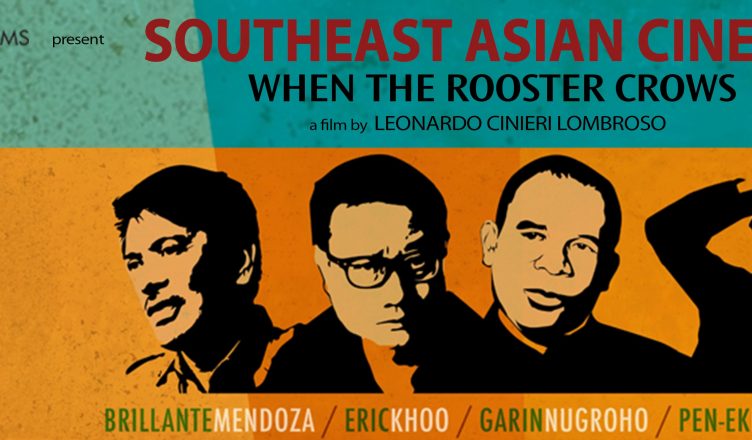 Southeast Asia is one of the most overlooked and ignored areas of the cinema world. Since the end of Golden Age of cinema-going, and media domination of certain areas in the world, as well as cheap TV and now Internet entertainment, it has been harder and harder for independent creative filmmakers. Harder to break through this noise and reach the audience and harder to find finances to the expensive endeavor that the filmmaking is. Nevertheless, some relentless brave filmmakers do follow their passion and create some of the most extraordinary, original and endearing films. Films that are needed and welcome these days where even Hollywood is looking for more inspiration in Asia and elsewhere, when churning out repetitive sequels is getting less and less lucrative to the audiences.

“Southeast Asian Cinema – When the rooster crows” is a voice of diversity reaching for change. Brillante Mendoza, Eric Khoo, Garin Nugroho, Pen Ek Ratanaruang give voice to a region rich with traditions, ethnic groups, languages, politics, and religions. It is cinema, at its purest form, fighting for freedom of expression, documenting real lives of ordinary people, giving voice to the underdogs and the outcasts. The amalgamation of these aspects gives birth to an ultra-neo-realistic cinema language currently unique to films from this region.

Being a big fan of the region myself I could not agree more with the message of this documentary. This region has fascinating and diverse culture that is yet to be discovered by the world. Film is a great place to start for Western audience to get more familiar with Southeast Asia and to be able describe it beyond one-dimensional terms of tourism industry. You can find reviews from Thai and Filipino movie in the blog.

Find the documentary on Facebook. 25th of March 2015 will be in the Salaya Documentary Film Festival In Thailand.