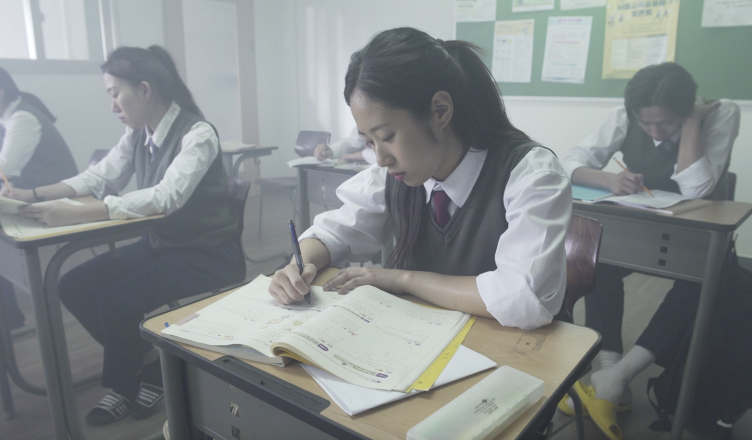 The civil examination system in Imperial China was used to select candidates to work in the state bureaucracy by merit rather than birth. This was a rather unique system at the time when, in most of the world, only those of aristocratic birth could expect a position in the government. This idea influenced countries around China, including Korea. Gwageo (과거) examination system was widely adopted under the Goryeo and Joseon dynasties. For over a thousand years, these examinations were an extremely important part of the culture, as they would determine the status and power not only of the individuals taking them but also of their families. It goes without saying that preparing for these exams on which one’s future depended, had been a highly stressful matter. While gwageo system was finally abolished in the Gabo Reforms of 1894, one cannot easily eradicate something that had been a big part of the culture for so long. Therefore, we can still notice a morphed gwageo in modern-day Korea in the form of university entrance examinations – a critical point in the life of every Korean student.

The documentary “Permission to exist” opens with an essential question “Do students preparing for exams still have a right to feel?” Trapped under enormous pressure from their parents and society, students study endless hours every day and suffer in silence from a plethora of mental health issues. For the female students there is an added pressure – should they have plastic surgery or not? South Korean society is highly and openly favorable to those who adhere to the beauty standard – in the job market and beyond. With all these pressures, anxiety, depression, mental and physical exhaustion are everyday companions that, in very unfortunate cases, lead to suicide.

While the documentary openly addresses these critical issues, it’s not all dark. You will also learn interesting facts about the culture that surrounds the entrance exams. For example:

“Permission to Exist” is an exceptionally made documentary, bringing to light student voices and issues that should be addressed. Also, this not your typical talking head documentary – there is that, of course – but there are also beautifully choreographed dance sequences with a superb soundtrack that visually express concepts such as societal pressure, depression, frustration, failure. It is an extraordinary emotional and visual journey – don’t miss an opportunity to see it!