Short films can be made in two ways – a shorter version of what is supposed to be a feature film, like a demo or a trailer, or it can be an form of cinematic arts in itself. I like the latter view, as it opens a wholly new medium of expression for the poets of the lens. Though mainstream cinema still treats short film as an inferior form, it was online video that fueled it making each person a potential director.

Half a century ago Marshall McLuhan predicted the rise of a short form video. Though he did not perceive something like YouTube, he did admire the creativity of advertisement and its implications on human communication. He said,

Ads are the cave art of twentieth century.

And short can be as short as few minutes, like espresso shots of philosophy in Jason Silva’s Shots of Awe or existential tales by Lex Yilmaz that always strike with intimacy and thus familiarity As Carl Rogers expressed:

What is most personal is most general.

I always find it interesting to watch short films by aspiring new directors and see how they treat the medium. KQED Film School approached me to make me aware of the short films of their graduates celebrating Asian-Pacific American Heritage Month. I was especially excited to see Southeast Asian films among the shorts, breaking the common misconception of “Asia” and that “Asian-American” is not only descendants of East Asian countries. 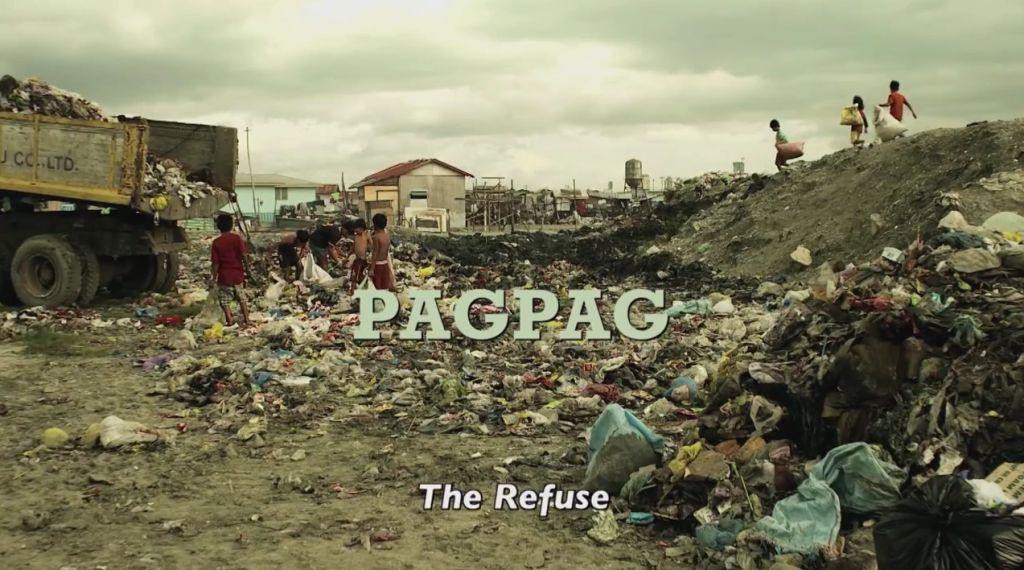 In postcolonial studies there is a term Subaltern that describes parts of society who have no voice or agency in history, because the majority that imposes cultural hegemony. “Giving a voice” to subaltern is a tricky balance between extremes. On one hand, there is a risk of victimizing the subaltern and creating simple polar opposite of us-and-them that doesn’t do justice for either side. On the other hand, risk lies in tools of expression themselves, be it a printing press or a digital camera. If the tool was created and long used by the oppressor, then it becomes difficult to escape the ready-made forms and formulas of the medium and find a unique voice. That is why many such attempts end up being a meta-creations expressing subaltern through the stereotype of the oppressor, or “how we are seen by them.”

In the Philippines, just outside Manila there is a place called Garbage Mountain. From outside, it is what it sounds like – a dump filled with trash. But it is much more than that – for many people it is their work space and their home. In last 30 years what started as illegal garbage dump, now evolved into some city-like entity with its own economy and lifestyles.

The people who live in this “city” can be termed as subaltern. It is easy sum up their existence in a victimized petty way and print some UNISEF posters for people to go an “save” them. But that leaves out their own voice and a big part of the whole story. These people have a role in the economy of recycling and a tremendous role in ecology, as through their effort most recyclable parts of the garbage get recycled. (Source: Living on Earth) So one could question, is it better to give people a handout though charity, or let them take charge of their lives and change society’s perspective about such a “job”. Not to say that any of these perspectives is “good” or “right”, but certainly makes it more complicated.

The short film by John Paul Su, Pagpag, is a very good example of how to create something remarkable and humane in the mine-field that the subaltern topic is. The opening scene in the land of trash sets an uncanny mood, like you could feel the smell through the monitor. But the scavenging hands find something unexpected – a doll, and moment of overwhelming tenderness is expressed though a few gentle strokes on the dolls side. Then we see an older woman packing her new finding into a bag. But she is not reduced to a “sweet old lady” who just happens to be on that trash mountain. She is a hard person, molded by her surrounding, a rightful dweller of her realm. We watch her trying to get her granddaughter out of the trash world into a better future. Her social awkwardness and clumsy effort reveals the deep emotional world, giving her a subjective voice, and own identity, rather than simply making her into a victimized object.

This short film also manages to capture the complicated situations that people from more prosperous regions face. Just one decision of theirs can change a life, can save a life, but their decision cannot change the forces that lead to this arduous situation in the first place.

Pagpag is a brilliant short film that touches deeply with its humanity and makes one think.

In contemporary East Asian film there is one director with an instantly recognizable visual style and his name is Wong Kar-Wai.  I was thinking of him while watching this masterful short film about Shanghai in 1930’s. Called the “Paris of the East”, Shanghai was a cosmopolitan port city with people from all parts of the world mingling there. The prosperity had its curses – criminal activities, brothels and other seedy “sin city” things flourished as well.

From the opening scene, this film transports you right into the small dark alleys with red Chinese lanterns and sets a gloomy mood, the movie starts with the phrase:

There is an old saying here “Eight saintly daughters are not equal to a boy with a limp.”

Whoever wielded the camera and edited this film, are very talented. It is a visually brilliant film with a Machiavellian twist.

P.S. Also the film has a clever name, a direct translation of Chinese characters 上海 – on or above the sea. 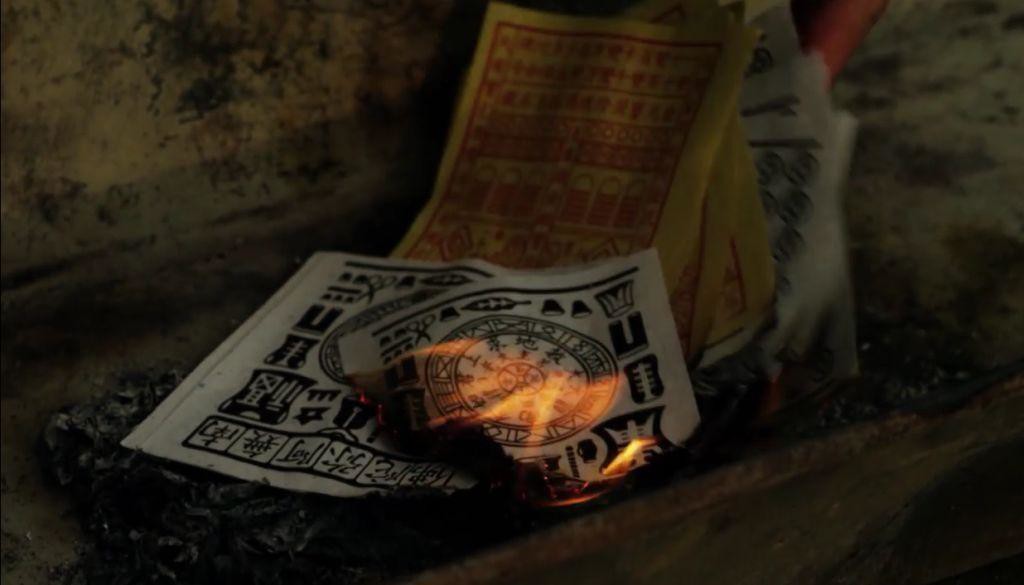 Every country going though the transformation into an urban nation goes through inner conflicts between tradition and modernization. The medium of film can capture the fleeting time and immortalize it, creating a kind of museum of changes.

For many people around the world Vietnam is associated with something very Oriental, maybe some nostalgic memories of colonial times, the Vietnam war and communism. This just shows that the mainstream portrayal of most Asian countries is lagging behind reality. Vietnam is developing rapidly, becoming one of the powerhouses of Southeast Asia. Urbanization and a growing middle class creates city life with its blessings and its curses.

This short film is about urban youth trying to make it in big city and make sense of life, that does not always deal the best cards. There is a stark contrast between urban loneliness and rural life with close family support. The rural sunny, natural landscape looks so alluring and inviting, compared to the gray and cold city spaces. But in the end, Burn to Send does not condemn the city and shows that there is hope for humanity and happiness there, only if you make it.

When I was a kid I used to watch Foster’s Home for Imaginary Friends. I think it is such a great idea to have a house-full of these imagined creatures, a place where anything is possible. I was very amused to see an entity called Bureau of Imaginary Friends in this short film. This short is a fun watch with a superb visual narrative. It does not tackle any Asia-related questions per se, but the common topic of the transformative period between childhood and teenhood.

People born as first generation in a foreign land live in a constant tension of their two national identities. They belong to the both worlds, but at the same time are alienated from both as well. This humorous short film is about young South Korean men, one who lived in Korea and two American Koreans. Their trip to the beach unveils some interesting cultural nuances and expectations in peer communication. It is a story about eventually breaking away from these expectations and finding your own path.

I love animation, and I happen to have seen Steadfast Stanley before as part of Vimeo’s Staff Picks. Comedic style of portraying zombie apocalypse reminded me of Shawn of the Dead, a brilliant film by Edward Wright. Steadfast Stanley shows a similar situation just though the eyes of a dog. And of course it is a tale of relentless, unconditional love and loyalty that dogs have toward their keepers.

Dogs are not our whole life, but they make our lives whole. Roger Caras 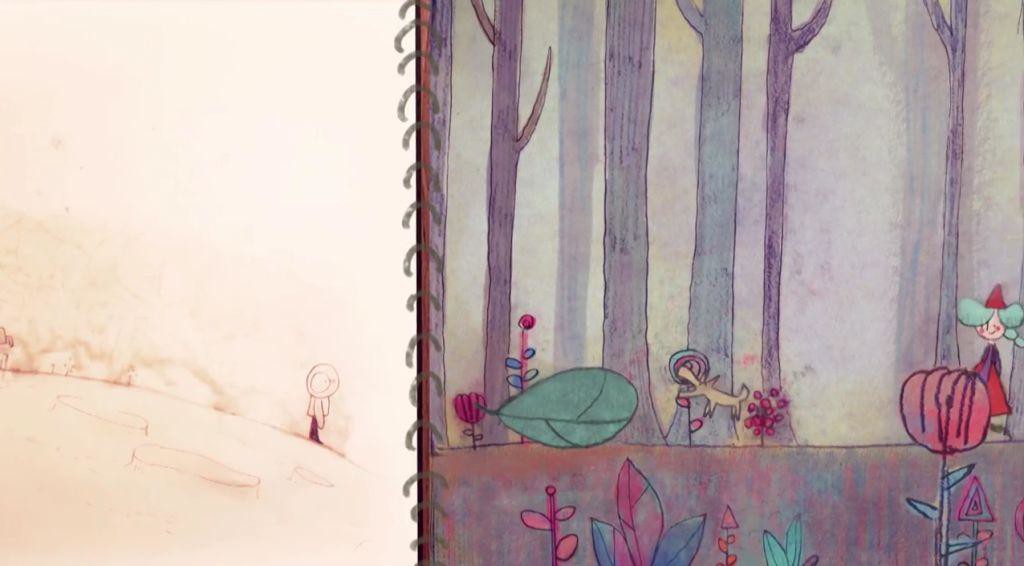 This super short, less than 2 min animation, is like a kaleidoscope of different animation styles, joining them all into a little quest of a favor. Short and heartwarming delight.

It was a pleasure to see such creative and very skillfully made short films. 20th century cinema was dominated by Hollywood, it is still like a giant megaphone that makes it difficult to hear anything beyond. But with the liberalization of medium that the Internet has brought, the game is changing rapidly opening new opportunities. Now it is in the hands of the new generation of artists to find their own unique voices, celebrating the diversity of the world, rather than recycling convenient narratives and reaffirming cultural stereotypes. This is not an easy task and often not very popular. Just like the great poet Robert Frost expressed in his speech:

The artist, however faithful to his personal vision of reality, becomes the last champion of the individual mind and sensibility against an intrusive society and an officious state… In pursuing his perceptions of reality, he must often sail against the currents of his time. This is not a popular role… (Cited from Brain Pickings )