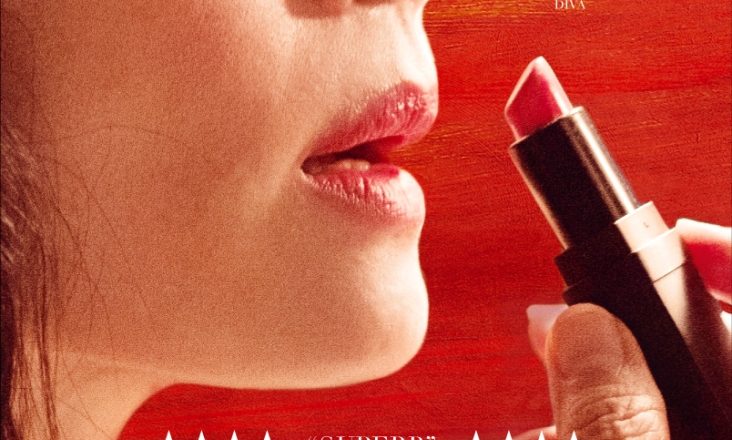 One afternoon, around two or three o’clock, a middle-aged woman sits on a bus, her body hunched slightly and her eyes dull and lifeless. She seems tense in the corners of her mouth, and so tight that the wrinkles and veins on her neck show clearly and give away her age. She has probably had no love life for a long time, not to mention a sex life. The last time she bought herself new clothes may have been a couple of years ago, and definitely not the pair of shoes she is wearing today. Twenty-five years ago, she could have been a beautiful and honest young girl. That girl is still imprisoned somewhere in that heavy, ageing body. How can she ever escape that body? That was the starting point and why we made this film. Chienn Hsiang, the director.

It is the observant eye of an artist that can see inspiration and beauty in mundane experiences. This is the core essence of the film “Exit” – poetry of the mundane, that deeply connects to the viewer through its sheer universality.

Ling (Chen Shiang-Chiyi) is 45 and lived her life as dutiful wife, mother, worker and filial daughter-in-law. That is the expected way of living your life (especially in more traditional parts in Asia), but the only reward she gets for years of silent dutifulness is excruciating loneliness. When the film starts she already does not have the role of wife, as her husband is in Shanghai and does not respond to her. She loses her role as a mother, as her daughter does not live at home anymore and eventually does not respond to her calls as well. Then she loses her job at a textile factory. It closes due to manufacturing going to China, alluding to the wider economical context of Taiwan. She cannot even be a woman anymore, due to her early menopause, that, according to the film makes women undesirable.

The last role she can cling to is her filial piety towards her mother-in-law, who is hospitalized after surgery. Though she does not feel that useful there until she starts helping an injured man in the same hospital room. His eyes are covered due to injury and the only way she can calm him down is with the sensitive touch of a wet cloth. Those small acts of human connection when she washes him with cloth and he takes her hand into his, are the only strands that keep them both in existence.

The director Chienn Hsiang is first of all a cinematographer and his reliance on visual elements to tell the story and convey the emotion is evident. Every scene is full of details that contribute to the film, but there are few major elements. First, the claustrophobic spaces where our main character lives – her home, the hospital, her work place, and the crowded public transport. The scenes beautifully capture these urban spaces, deepening the feeling of urban loneliness, and reminding me of the brilliance of a futuristic L.A. in the classic Blade Runner.

Second is the eye, the perspective of viewer. Watching is the essential thing we do with cinema, we need to see to know. But watching is also judging (this is the reason why Lady Justice has her eyes covered). And this is what the act of viewing symbolizes in this film. The film is mostly just from two perspectives – Ling fearfully watching the world from sides and corners, and us watching Ling from afar. Only in the intimacy of her home we get to see her closer, but always covered in the shadows of her windowless dwelling place. Whenever someone else looks at Ling, her daughter, or her mother-in-law, it is always with judgment. The eye of the beholder does not see Ling as a full human being. Just as her role in society (or lack of it in this case) further erodes confining Ling into claustrophobic non-existence.

When the man who she was helping has his eyes uncovered, she runs away, only returning at night. They reunite in touch, and touch here is such a profoundly human connection, so therapeutic, but often forgotten due to constrains of cultural rules. They both cry, this deep cry that comes from the soul, but she still does not let him see her, as that would bring back the judgment and the rules that can be forgotten in this darkness.

The film viewer, as a silent ever-present spectator, can see Ling in broader spectrum than any of the people in the film. That’s why we are able sympathize with her. We observe her trials to gain a new role, to bring herself out of the shell through outside visual changes – the dress and makeup. Her fluctuating feelings between budding self-confidence back to fear and anxiety are so familiar, I think especially among female spectators (like me). Ling’s small triumphs and her failures are so human, so common, that it is uncanny sometimes even painful to watch. Exit provides such a contrast with today’s mainstream films dominated by superheroes (don’t get me wrong, I do like superhero movies as well, but we need variety). While superheroes are good for escapism, films like Exit bring us back in touch with our own reality, our humanity.

The beauty of Exit is that without being overly sentimental or lecturing, it reminds us to be kind, as we never know the hard battles a person is fighting in silence.