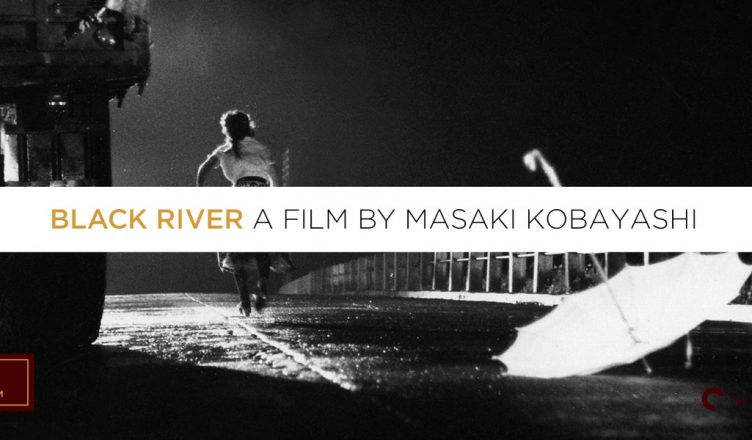 In the wake of the catastrophic WWII that drastically turned Japan into land of great confusion, Japan witnessed an emergence of war-retro films that manifested numerous attempts of understanding and interpreting what has exactly happened. Given this crucial process of constructing meanings during this immediate post-war period, it’s also quite understandable that majority of war-retro films, if there is any anti-war implication, chose to take the route of self-victimization that almost seamlessly compounded with the long-standing Japanese tradition of ‘tragic hero’ narrative structure, meanwhile avoiding confrontational critique and reflection of dominant wartime ideologies. It’s in this sense that Masaki Kobayashi’s portrayal of wartime and post-war period truly stands out from his contemporaries during the Fifties, as an early attempt of demonstrating strong and distinct voice of criticism against his own society and totalizing system.

Having witnessed the cruelty of war and experienced military imprisonment, Masaki Kobayashirose to the forefront of filmmaking in the Fifties and has developed his own way of expressing his discontent since The Thick-walled Room (1953), which pointed portrayal of war criminals led to the consequence of being shelved by Shochiku studio till 1956 and was then welcomed with a Peace Culture Prize.In the following year, his film set in American postwar occupation, Black River (1957),received more critical acclaims in Japan. What follows is already widely known, that is, the beginning of making the 9-hour masterpiece The Human Condition since 1959, which shined at the Venice Film Festival in 1960 and consolidated his status in Japanese film history. And one needs to recognize that these are stories prior to prominence of a more stylistically liberating war-themed films in Sixties—among them, Kihachi Okamoto’s Human Bullets, Shohei Imamura’s Pigs and Battleships, Seijun Suzuki’s Story of Prostitute (and here we are not even talking about the burgeonceof politically conscious films!).

As one of the first filmmakers who made clear his pacifist stance during the immediate post-war period that anticipates a more liberating interpretation on war of later years, Kobayashi’s incisive critique and humanitarian orientation became an easily recognizable hallmark of his work and continued to resonate in his other well-known work like Harakiri (1962) and Samurai Rebellion (1967). However, this is also to imply that his less serious film, Black River, about a love triangle relationship on the face of it, often fails to pop up as the first few titles of Kobayashi’s films in one’s mind, with its significance so easily neglected without further examination. Nevertheless, one thing that could never escape the eyes is the beaming glamour of Tatsuya Nakadai in his first leading role, Killer the Joe, a ruthlessly cool and brusquely imperious yakuza—an almost antithesis figure to the pacifist character Kaji in The Human Condition.

What Black River unveils is a noir-ish world so far away from his more familiarized world of bleak wartime realities,with its tone first set by an outpouring stream of vibrant jazz music and funky opening credits.Set against an area of red-light districts and hotbed of petty crimes surrounding U.S. military bases in Japan, the film opens with daytime when prostitutes and waitress are sleeping, an array of stockings drying on rack, people are seen idling around killing time for the coming of bustling nighttime. The presence of American military is only acknowledged and yet never brought into focal attention, except the very beginning—planes cutting through the sky, military trucks speeding past the street and an ironic chase scene of U.S. military policeman trying to prevent prostitution—and the final sequence when an American truck whizzes past again in the critical moment. Kobayashi’s approach of centering on the collective corruption of Japanese side ensures that his primary criticism will land on his own people, while ever-lingering implication of American oppressive presence is also not entirely set free from his criticism. The life of Japanese locals and U.S. military is hardly separated, for their mutual dependence momentum all kinds of seedy pursuits. The fact that the film is structurally framed by U.S. military only further emphasizes military’s control and oppression.

Joe the Killer, whose neat western outfit and sun glasses declare a close association with American soldiers (also implied by his name Joe) that distinguishes him from other poor and disheveled locals living there. On the one hand, he is the instigator of the evil. He colludes with the landlady to drive out all the tenants for a love hotel business. He sets up a heroic rescue scenario in order to make Shizuko (Ineko Arima) his own, and thereby hindering her growing love relationship with poor student Nashida. On the other hand, even Joeis caught up in the middle ground of a vicious circle with American and other local tenants: a never clear-cut and interchangeable relationship of enemy, victim, and benefactor.And, sometimes this precisely sounds like a bleaker version of the love triangle relationship he is involved.

As such, there is no easy distinction between good and evil. Certainly, the mild-mannered Nashida might be the one closet to ‘good’ type, and yet sometimes he is not so much different from Joe and ‘above’ from other tenants that he despises. Ironically, the only person who intends to rally the tenants against the eviction and expects American’s leaving is Korean socialist Kim, and yet even he becomes evasive when facing problems.
Among Kobayashi’s vivid portraits of human frailty, a rather unusual persona is manifested in Shizuko, who maintains certain level of autonomy instead of being a mere extension of male consciousness. Her decision of marrying Joe ends up turning into a sudden embrace of radical approach: murder.Her destructively threatening manifesto abruptly runs wild in the balcony night scene when she wields the parasol asking others to place the bid for herself and her‘blood-covered’ parasol, before she gets the chance to ‘create’ an accident that causes Joe’s death under American truck.

One can say the success of Shizuko’s plan is pure incidental.Whether Joe’s death is more likely a symbol of Shizuko’s triumph and liberation than a tragedy of that period remains ambivalent, and yet this sense of ambivalence might be closest to the real sentiment that summaries that period. As the film comes close to the end, we are led to walk deep into the night—exactly the time when nightlife is about to heat up around the so-called ‘wonderland’, but we only find ourselves stumbling into a nightmarish dystopia.