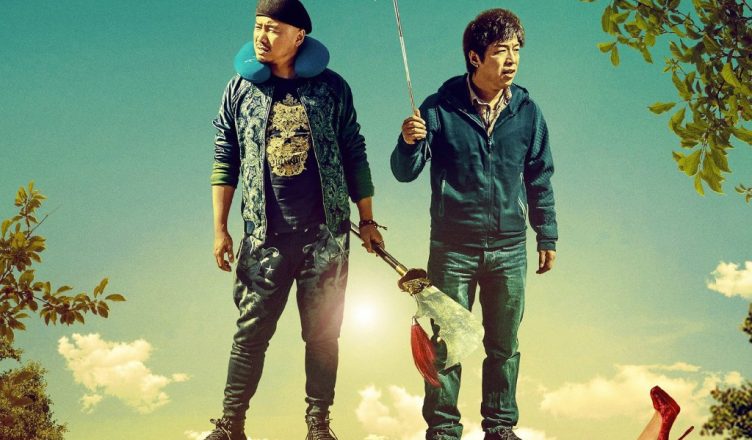 As Mainland China is becoming more and more a powerhouse of movie making combined with declining censorship we get to see a wider variety of films.  Most movies that go to the Western audiences still feature Ancient China (Crouching Tiger, Hidden Dragon; Hero, House of Flying Daggers, Warlords) or martial arts stories (films with Bruce Lee, Jackie Chan, Jet Li), affirming the stereotypical images of the Orient. With the new wave of films like “Lost in Thailand” and “Breakup Buddies” we see glimpses of modern Chinese middle class lifestyle.

Breakup Buddies is a romantic comedy for men. Yes, sounds like an oxymoron, but it is. And in that, actually they do manage to pull it off. Movie starts of us seeing stuff being cut into two pieces.  A lawyer comes into a guys home and says:

– She does not need the possessions.

– But it is required by the law – says our hero Geng Hao (Bo Huang), desperately looking at all the broken things that have just lost their dramatic effect.

His friend Hao Yi (Zheng Xu), takes the sulking friend for a road trip to get over the break up and have fun. The goal is to find ONS – “one night stand”. Hao Yi is prepared, he has a stash of girls in his online dating app.

At the same time we see another storyline – a modern woman in distress. She is pushed by peers to get married, as that what women at her age do. She listens to sappy love songs in her broken apartment and decides to take a break in a city of song – Dali. Independently roaming through a touristy town she finds pleasure in her solitude, though the “marriage bells” are still ringing in the background.

As a spectator we are waiting for these two storylines to merge into a romantic encounter. Because that is the stories we are used to seeing from Hollywood. But the director does play with us through inherent feature of the medium – a movie does not have to yield to the physical laws of time. We assume the stories are happening at the same time, but they do not have to.

Brekup Buddies does have some staple comedic situations and slapstick humor, but it does manage to establish interesting characters and tell a nice story. From the opening scene, camera work is very well done and establishes a high visual quality of the film. We also get to see wide area shots with both beautiful nature areas and huge manmade structures. It is a story of a nowaday China, reality dictated by middle class lifestyle cycles of work-holiday-marriage-kids. A reality that is so close to Western middle class that we can’t help but think that we are not that different after all.