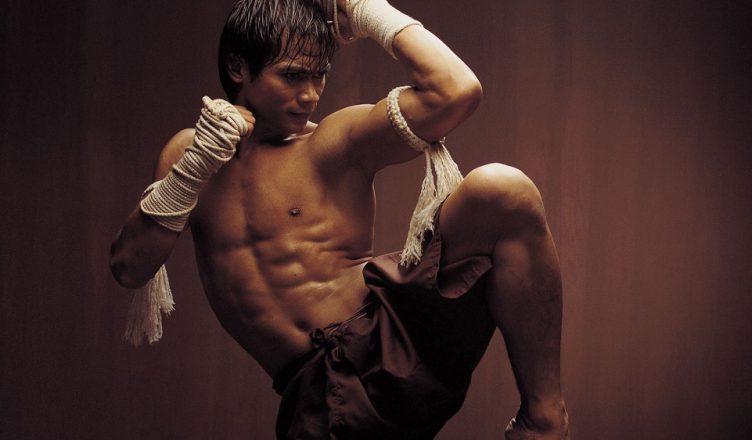 What can I say – I do enjoy well choreographed and edited fight scenes. I think they are an excellent fusion of martial arts, film arts and trickery arts, that make you believe the fight and appreciate the beauty of its violent dance. Here are my favorite fight sequences from Asian film.

Please note – this is not the list of the best scenes EVER but the scenes that I personally love.

Collaboration between the director Prachya Pinkaew and the fight choreographer Panna Rittikrai results in superb movies. Any of their action films have some of the best fight scenes ever put on film. Ong-Bak is dark, gritty and resembles fights in the PlayStation series Tekken. Each fight has it’s accompanying soundtrack and distinct rivals with their own fighting style. And of course, Muay Thai trumps it all.
Review of the film.

Hero is one of the most visually beautiful films ever made. That applies to the fight scenes as well. The Chess Court Scene combines beauty, music and philosophy into an unforgettable experience. Also, you get to see two great legends – Jet Li and Donnie Yen – fighting each other.
Review of the film.

As I geeked out in my review of the film, if I had to choose my Top 3 action movies, The Raid: Redemption would be on the list. The movie has many incredible fight scenes, but my favorite one is Jaka (Joe Taslim) vs. Mad Dog (Yayan Ruhian). And not only for its choreographic brilliance and excellent martial arts skills of both of the actors but also for the emotional charge. I will say no more – watch the film.
Review of the film.

The Stephen Chow’s cult comedy Kung Fu Hustle has a quite a few fight scenes. The film being a comedy, they all do have a comedic angle, but that does not overshadow their superb creativity and great choreography. For me, the Blade of Qin scene is the most enjoyable and memorable one.
Review of the film.

Those who play video games watching Chocolate may notice that the film feels more like a game rather than a movie. No wonder, as it is also a creation of Prachya Pinkaew and Panna Rittikrai duo. Just here, instead of Tony Jaa, we have a female lead played by talented Yanin “Jeeja” Vismistananda. To be honest, any fight scene from the film (and it mostly consists of fighting scenes) could be my pick, as they all are great.
Review of the film.

Oldboy is a classic and the Corridor scene is one of the most iconic parts of the film so I will not say much about it. It is brutal, raw and makes you wonder how they made the whole thing in one cut (seriously!).
Review of the film.

Though not strictly a fight scene (only leading up to one), the Echo Game is a mixture of elegance and danger, that is enraptured in the movements of a predator cat or a great martial artist.
Review of the film.

While this one is not an Asian movie (directed by Louis Leterrier and written by Luc Besson), it does have Jet Li as the lead and I will use it as an excuse to add it to the list. Now, the movie itself is not one of my favorites, but the fight scenes are great. Jet Li here plays Danny, a human who was trained like a dog, purely for fighting. The fight scenes have this wild brutality and a complete contrast to the previously mentioned Jet Li’s Chess Court scene from the movie Hero.