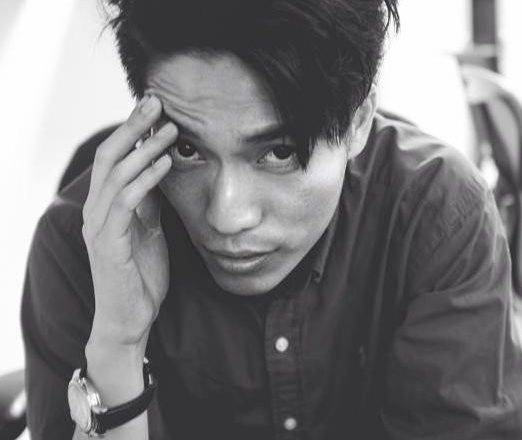 One of my biggest frustrations the limited cinema releases of most films in the category of world cinema. Hollywood continues to produce it’s endless remakes, sequels and prequels, leaving less and less space for a wider variety of cinema from around the world. This why I appreciate  film distributors out there who go out there way of making some films – that otherwise may end up being unnoticed and forgotten – available to wider audiences. I was really excited when I heard of Facet Film Distribution, an up-and-coming company founded by Victor Huang and Edisen Cheng, two eager individuals from London aiming to ‘keep UK audiences at the forefront of what’s hot and new in art-house films from Far East Asia.’

We at the blog are delighted to share this exclusive interview with Edison Cheng from Facet Film where he briefed us on the history and the motivation behind the company. We cannot wait to see Facet’s future releases and we wish Edison and Victor the best of luck.

TACB: Tell a bit about yourself – how did you get into movie business? How did you develop interest in Asian film?

Edison: I was born and grew up in Taipei, Taiwan. Back in 2006 after graduation, I was lucky to get my first job in the film industry as an assistant at Jet Tone Films, TW, owned by Wong Kar Wei. At the time, I wasn’t involved much in the distribution side of the business, but was more a running-around assistant! Nonetheless, it offered me a great opportunity to get my foot in the door.

Three years later, I decided to puruse further study in the UK and hoped to get a distributing job afterward. Then I did! In 2012 I started to work with Peccadillo Pictures, which specialises in LGBT and world cinema. While I was in the UK film industry, I gradually noticed that there is a very small proportion of a far East-Asian films released in the UK. Perhaps it’s a similar tough situation for most world cinema. However, I guess because of my personal background and particular passion for East–Asian cinema, I thought why not start to explore and start from my most familiar area, Taiwanese cinema. This is the point where Facet Film Distribution started.

TACB: When and how did you start Facet Film Distribution? What goal and mission of your company?

Edison: Facet was only started early this year 2015 with an ambition to showcase more high-quality but less well known films from far East Asian cinema. As planned with right timing, I was in Taiwan on December 2014 to acquire my first title “EXIT”, which is exactly a right fit for Facet film in every level of high-quality, less known, well-produced art house film. I was thrilled to bring EXIT to the UK because it is a good film and UK audiences need to explore more options apart from well-known Taiwanese director Tsai Ming-liang, Hou Hsiao-hsien, Edward Young. Our mission is to set Taiwanese cinema as a starting point and hope to gradually expand to cover all Chinese language cinema with a further ambition to become a main representative of East-Asian cinema with a long future in the UK.

TACB: What are the biggest challenges you face in your business?

Edison: Audience. Every independent distributor faces the same challenge: finding the audience. I have two beliefs. First, providing more options can grow audience. Secondly, I believe those who can appreciate foreign language films can somehow find a way to appreciate East Asian cinema as long as they are good films. It sounds nonchalant but the truth is as a Taiwanese, I can enjoy world cinema as much as I enjoy films from my home country.

TACB: How do you choose which films to distribute?

Edison: This is an easy one actually. There are a few criteria we’ve set up:

TACB: How do you plan to (or are you planning to) compete with such big UK distributors as EUREKA! or Arrow Films?

Edison: No, not at all! They both are great distributors and they have successfully branded and found their audience. Indeed, all distributors share some audience but I think the audience wouldn’t choose not to buy a film because of the distributor. Let’s put it in a positive way: more options grows a larger audience. And I think East–Asian cinema is a territory that can use more attention.

TACB: Your focus now is Far East art-house films, are you planning to cover other regions in the future?

Edison: No, actually we have a rough plan, once the business has grown to a certain size, we may start to look at the opportunity to acquire and help to sell films to the whole European market. However, let’s not make this answer certain as it’s better to focus on one thing at a time and the future is unpredictable, especially in the film industry.

TACB: Could you name your Top 5 favourite Asian films?

Edison: Ah, this is a tough question as there are so many classics!  I’m just going to name them by instinct: The River, Three Times, 3-Iron, Chungking Express…and I have to leave my last space for our film Exit ☺