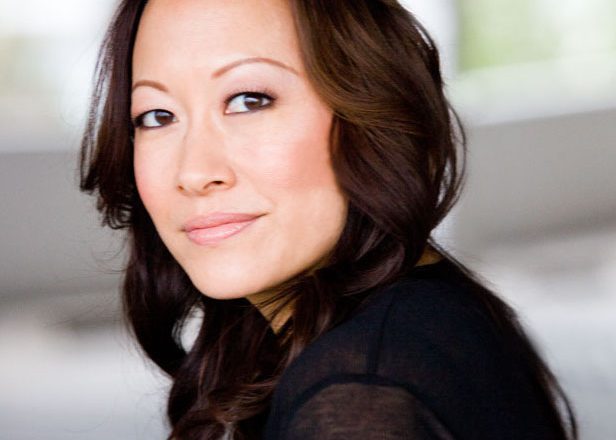 Grace Rowe is what I would call a Renaissance woman – actress, filmmaker, writer (her book YA novel “Pure Descent” was nominated for the “New Visions Award” by Lee and Low Books), producer, and a fellow Virtual Reality fan. Below you can find our rich conversation about abounding stereotypes in the film industry and the struggle she still has to face, YouTube and  her exciting upcoming feature film.

Your message to Asian Americans is to “stop becoming doctors”. Do you think family expectations and pressure is the main reason for the state how Hollywood and mainstream TV represents Asian-Americas?

Absolutely not.  Although I make a call to other Asian Americans to become actors, writers, directors, and producers, I know from personal experience that the real problem isn’t that there aren’t enough of us, but that there aren’t enough parts and stories for and about us.  The truth is, we need to gain more power in this industry to see any real change.  Hollywood needs to see that we are a viable source of profit, and that’s when we’ll see more of an impact as far as diversity goes.   For us, our stake is more complex than just a dollar figure– we need to gain visibility to help change the world– to show others that we are also just as part of this nation as anyone else.  If we’re continually depicted as only one-dimensional characters, then that trickles down to our regular daily life.  For example, because we’re often depicted as outsiders who can’t speak English well, people who aren’t exposed to Asian Americans in their daily life are often surprised when I open my mouth to speak.  I can’t tell you how often strangers will tell me that my “English is really good,” or that they’re surprised that I’m not good in math.  It’s like, really?  I’m still dealing with these stereotypes and it’s 2015!

(Agne: I did not use to notice this in movies, but after talking to few Asian-American actors, it became apparent. Just look at the Academy Award winner this year “Birdman” – it is based in New York, but only Asian characters it had was stereotypical Korean selling flowers, even insultingly called “kimchi”. Other was supposedly Japanese man, who did not have real purpose to be there, except for some comic relief making fun of his accent.)

You talk about TV shows lacking representation if diversity that actually exists in USA. What would you your perfect TV show like?

My perfect t.v. show is one that has a naturally diverse cast.  In other words, it’s not cast just for the sake of diversity.  I think the best person should be offered the roles, if they are most right for the part.  Unfortunately, it doesn’t always work out that way.  My perfect show would also have an amazing script and storyline, great directors, cinematographers, editors, and production design.  One of my favorite shows right now is “Penny Dreadful.”  I love that show because of all the aforementioned reasons.  Except the diversity part.  I mean, that’s another strange issue.  Of course, I didn’t live back then, but are you telling me that there weren’t any Asian people back in the day?  And if you do see us, we’re probably dressed like Fu Manchu selling you a gremlin or something like that. An Indian friend of mine who is also an actress joked to me one day and said the only time she’d probably make it on to a show like Boardwalk Empire is if she was a whore in an opium den.  I’ve somehow gotten used to looking a blind eye at period pieces, but when you’re talking about an American show that takes place in a major U.S. city (which many of them do), if there isn’t diversity on the show, I question it.  And I think that many audience members feel the same way.  Something just doesn’t ring true.  And the world has changed so much, that even if the show takes place in the Midwest or the South, there is a mix of ethnicities that actually live in those areas.  And the smart producers and writers get it.  So things have definitely changed and more change is on the way– so I feel positive about the future.

What do you think of such YouTube series as “Wong Fu Productions” as alternative place from mainstream TV? How do you think Internet media has or hasn’t changed the issue of racism and race media representations?

I think it’s awesome.  It’s great that anyone can make their own “channel” and if the content is good, then people will watch.  Sometimes it’s not even that good and people will watch.  Why?  Because we’re hungry to see our own faces.  Call it existential, call it narcissistic, but whatever it is, it’s true.  Everyone needs to feel accepted, and seeing our reflections on the screen, whether it’s on t.v. or on the internet, is important.  Asian Americans are very different from each other, just like white people are very different from each other, but the one thing that binds us all is that we know what it’s like to feel like an outsider in our own country.  That unites us.  We’ve all had to deal with racism.  We’ve all had to deal with people giving us that astonished look when we open our mouths and speak perfect English.  We all (pretty much) like to eat noodles.

As far as changing the issue of racism, I think it’s definitely helped.  There are a lot of people who just aren’t educated with the Asian American experience, and once they do see (even if by parody) the things we have to put up with, they start to have empathy and understanding.  And that’s how racism diminishes.  If we can put ourselves in another person’s shoes and empathize with their perspective, then we’ll be apt to treat them more as equals.  So the conversation is out there– and if Hollywood doesn’t want to discuss it, then all the rad kids on YouTube will.  I’m excited for the day when I’m old and all the stuff we talk about now will be totally passe’.  It will be great when everyone knows that stereotyping Asians is lame and outdated.

I know you are in process of making your first feature film  directorial debut called “Virtually”. How did you come up with this idea for a film?

I was hearing more and more about the advent of Oculus Rift and how virtual reality was making its comeback.  It made me think about what the future held for virtual reality– we all know that technology moves faster than we can keep up with it, and these days if someone told you that something was possible, even if it sounded unreal, you might believe it.  So I started to think about what it would be like if virtual reality could be used in  public, where we could have virtual experiences with people who we wouldn’t be able to tell if they were real or not.  I started imagining what I would do with a program like that, and then a whole bunch of ideas started flooding my mind.   I don’t want to give too much away, but I’ve recently re-written the script and I’m so excited to make this film because I think it’s really different from what we’ve seen before.

Tell about some of your happiest and some of most frustrating moments in your acting career.

One of the happiest moments in my acting career was when I was standing in a beautiful forest in Yosemite, shooting my feature film, “I AM THAT GIRL,” surrounded by people I really cared for.  I had a spiritual experience shooting out there because I grew up going to Yosemite every year as a child and it’s always been a special place for me.  As far as the most frustrating moments?  Probably when I was younger and felt out of control– before I knew I could write my own material.  I was constantly wondering when I was going to be able to play meaty parts, and I was frustrated by the lack of roles available to me.  I haven’t been that frustrated since I was in my early 20’s.  Now I’m always working on a project so my frustrations stem from other issues, like not having enough money to shoot something, or missing an opportunity that could’ve led to bigger things.

You can learn more about Grace’s past and present projects by visiting her websites: