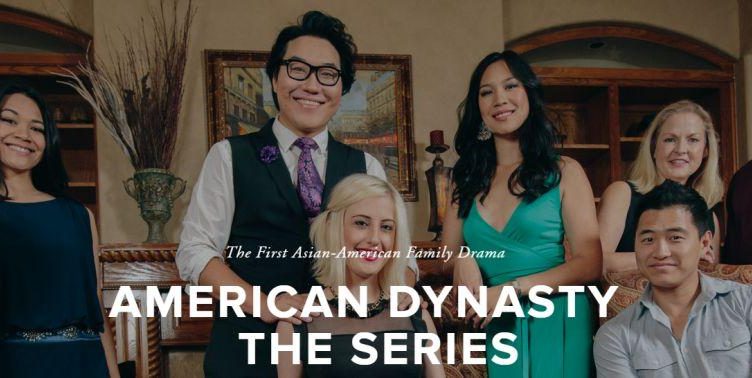 One of the topics that we discuss in The Asian Cinema Blog is Asian-American films. It is a tricky issue, entangled in racial prejudice, stereotypes and the fact how slowly our stereotypes go away. Mainstream movies and TV still cling to outdated and limited images of a huge part of America’s population. We talked about this issue in interviews with Raymond Chu and Grace Rowe, who took things in their own hands and started making films with roles they’d like to act in. This interview is with another actor-turned-producer, who got tired of waiting for “the right role” and decided to make a show with lots of good roles. American Dynasty is about a perfect family, who turn out to be not so perfect after all. Here is the enlightening conversation with Regina Chen:

Please introduce yourself and your project.

Regina: My name is Regina Ting Chen and I am Co-Executive Producer of American Dynasty along with Oscar Seung, the creator of the show.

Regina: Oscar started an organization called the Asian Arts Collective in Dallas, TX where he gathered Asian-American actors, directors, musicians, artists, dancers, etc. and started a dialogue about their careers and some of the obstacles they’ve had to face to get to where they are. One thing was abundantly clear from those conversations: underrepresentation and misrepresentation of Asian-Americans is pervasive not just in film and television, but in all forms of media, fine arts, and political conversations. America is the “land of opportunity,” and yet that idea seems to not apply when it comes to Asian-American in the arts. We’re not even a part of the conversation. We tell young ethnic actors and artists that if doors aren’t opening for you, then you build your own door and kick it down. That’s precisely what we’re doing with American Dynasty.

Why is it important to have Asian-American family drama? What is the message you are trying to convey?

Regina: Asian-Americans have been marginalized in film and television for so long, I believe society-at-large doesn’t see us as people. They see us as a caricature or an archetype. The most tragic aspect of this marginalization is when Asian-Americans believe the stereotypes that the majority has subjugated onto them. Every time I meet an Asian-American actor who says, “I could never do that. I look too Asian.” it completely breaks my heart. The truth is, it’s going to be difficult. You’ll face some excruciating experiences and sometimes blatant racism. But you can do it! You are not the pre-conceived notions that people place on you. You are not a stereotype. You are a human being with a unique perspective, and if you want to share can do it! The obvious goal of American Dynasty is to break stereotypes and showcase three-dimensional characters who just happen to be Chinese-Americans. More importantly than that, our show highlights the universality of the family experience. We are not stereotypes, but human beings who argue, and fight, and love just like everyone else. From family and sibling dynamics, to sexual orientation, our show tackles issues and questions that all families must confront. What makes us unique is that we highlight these issues through the voice of a people that have been relatively silent until now.

As an Asian-American actress, what challenges did you face in the film industry? What would you change in the industry?

Regina: Blatant discrimination based on the color of my skin and lack of opportunity. I would like to see the industry amp up its urgency is showcasing female writers, directors, and creators. Let’s tell stories that truly reflect the America that is 2015, and not 1950.

Have you seen any noticeable changes during your career? If so, what do you think is the cause of these changes? If not, why do you think this is the case? What could be done to change it?

Regina: I know the correct answer is to say that “things are getting better.” In my personal experience, this just isn’t the case. If the needle truly is moving, it’s not moving fast enough. When executives in the industry and tremendously talented creators like Aaron Sorkin are saying Asian actors aren’t bankable in leaked emails, it’s incredibly hurtful and disheartening. When you’re in a position of power, it’s so important to think about the consequences of your words. What response are you eliciting from young Asian-American actors and artists? When executives laugh at the idea of ever casting an Asian actor in their projects, what are you doing to an entire population of Americans?

Where can we learn more about American Dynasty series and when can we expect to see it?

Regina: Check out our website to learn more about our project and what we’re trying to do! There’s also a teaser-trailer and a link to our fundraising campaign to film the pilot. American Dynasty isn’t just our story, it’s yours. Help us tell it! You can also follow our updates on Facebook, Twitter and Instagram.