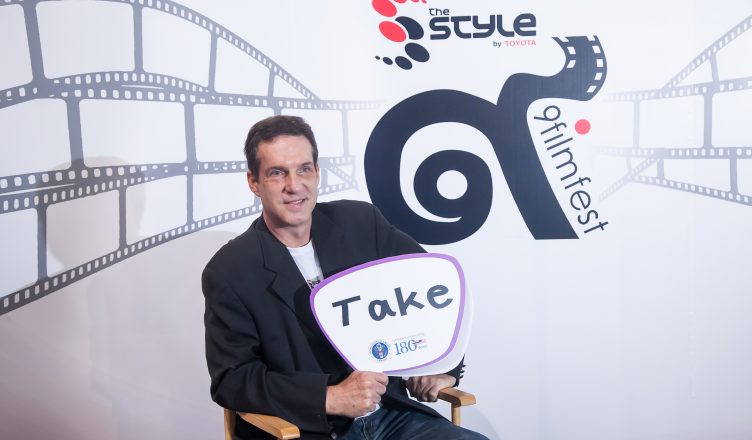 Brian Bennett is founder of Bangkok Film Festival that later became 9FilmFest. This short film competition encourages young filmmakers to take up the challenge and show their skills. I had a chance to talk to Brian about his creation and future plans.

Q: What inspired you to create Bangkok Film Festival in first place?

I created Bangkok Film Festival because in 1998, there were only Hollywood films and not a good variety, just a limited selection.  Back in 1998, there were only single screen theaters.   Then after having a film I made screened at a film festival, I became excited to see how many films are out there.  I thought Bangkok needed to break out and see other films from around the world.

Q: How difficult was it to make it happen? Where did you find the most support for your idea?

It was very difficult to make it happen.  The old ways were in place and no one wanted to change.  However, the Emporium was just finished and we had our first multi screen theater in Bangkok.  Suddenly more places became open.  Prince Chatri was actually a great help as he supported the idea and helped can support from the established film industry.

Q: Why Thailand? How did you find your place in this country?

I like to travel and Thailand 25 years ago was great.  I love the food, the people and weather.  Now it is much more globalized.  I don’t know if I traveled here for the first time now that I would stay…

Q: How much has the Thai film industry changed during the years you worked with the festival?

Thai film industry has been making better films, slowly maturing, but it is still a closed system. And no one is willing to change course or break out of the predetermined mold.

Q: Bangkok Film Festival turned into 9FilmFest. First one was defined geographically, and now we have an international film festival that is defined by a time scale. How did this change happen? What does this mean to you?

We think of film fests by their location names.  There were already film festivals in Bangkok using the Bangkok as part of its name.  I didn’t want to follow the same road.  Let the fest stand on itself, not because of its location.

Q: How do you see the future of the festival? What do you wish it to become eventually?

The future could be very great. It is a terrific opportunity for filmmakers to be discovered.  We have great prizes and only being in its third year, we are still very young.  We will grow slowly and hopefully find sponsors and others who support our program.  Then become a hub for emerging filmmakers in ASEAN countries.