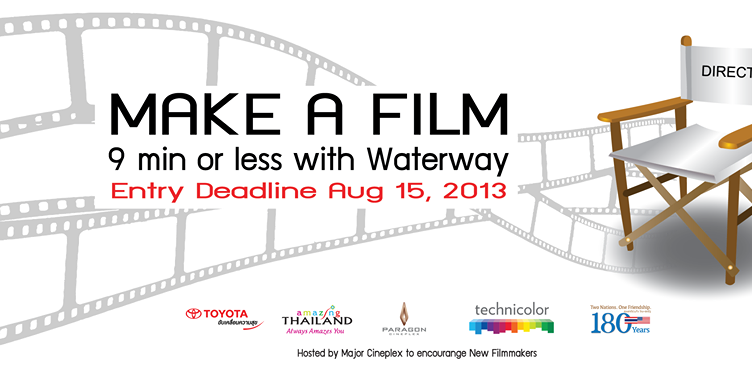 For me it is a real pleasure to watch short films. It is certainly a very different product of the medium, it is not just “a shorter film” it is a whole different expression. A feature film provides this bigger perspective, creative vision of the director, mixed with perspectives of actors, camera crew, producer and other people who work on the movie. Short film is often more down-to-earth, expressing ideas, problems and concerns of people, showing more of “real life”. Watching both, feature film and short film, gives different “tastes” of culture.

I will post some of 9FilmFest 2012 shorts that I enjoyed. The signature item last year was Heart.

A very uplifting, sweet film, where love is expressed in heart shaped cookies. It shows how simple it is to express love to somebody – just like giving them a cookie – and how rewarding it is. It reminded me of the other short film that had gone viral – “Validation” – which I enjoyed a lot too. Technology wise, “Love Cookies” is very professionally made and a pleasure to watch.

It is a story about a couple who are forced to have a long distance relationship, as the girl is studying abroad. It is only the technology of video call that makes them feel as if they would be still part of each other’s daily lives. However technology cannot capture everything and may lead to some misunderstandings. I will not spoil the plot, so you can watch it yourselves. Watching it I kept imagining how same situation would have been different during the time of different communication technologies: the land phone, the telegraph, traditional letters, messengers…

A very personal story with some captured VCR videos from author’s childhood. It is about how we grow up and tend to take people around us for granted, as we see them every day. But then again, this reality is so fragile, just as human life is. What I liked about this story, is the part that technology plays in life. Videos from VCR tapes provide kind of time travel to the past, making viewer pause and thing about the changes that had occurred in life, the merciless flow of time and the importance of appreciating the moment.

Jack dresses up in different animal costumes and goes into public. The police don’t like this kind of behavior and call it “disturbing the peace”. On the other hand, these kinds of things provoke the public, disturb some norms, without being aggressive or dangerous, and put a smile on peoples faces. I do not know for sure, but I assume Jack was inspired by the famous urban prankster Remi Gaillard  The part where Jack stops the traffic with a tortoise costume I see as tribute to the prank when Remi Gaillard stopped the traffic in France dressed as a snail.

Where the Heart Is

In this story a Thai woman comes back to homeland after living years in Japan. She tries to reconnect with the country that seems so distant now. She tries to fight the feeling of alienation by capturing the beauty of the country in drawings. This was my favorite short, as it really connected with me personally. Traveling a lot and living in different countries, it is sometimes difficult to say where “the home” is. And this film says that home is simply where the heart is. There is a beautiful TED talk that also discusses the issue of “home” in todays world where so many people live out of their national countries.