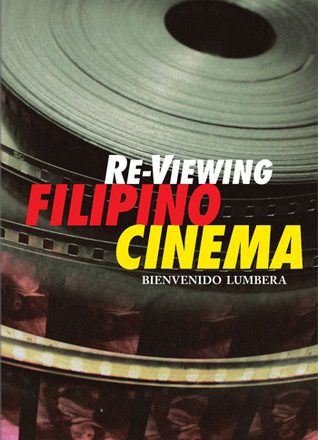 Bienvenido Lumbera is a highly acclaimed Filipino poet, critic and dramatist. Among his literally work, he contributed a lot to film studies too. Re-Viewing Filipino Cinema is yet another contribution. It is a collection of author’s articles about different aspects of Filipino film history. They are clustered into parts about Film History, Film as a Commodity, Film as Art and Film as Social Commentary.  While the majority of articles are in English, there are some in the Tagalog language, without an English translation.

Lumbera starts with a personal revelation in the Preface:

I had grown up in a provincial town in Batangas where weekends were red-letter days when the local moviehouses showed what they called “Tagalog movies”. In those days, I had assumed that young people in other parts of the country were like me in my enjoyment of the timber of Rogelio de la Rosa’s voice, the lively swing of Nida Blanca’s body as she danced, and the coquettish glance of Carmen Rosales’ eyes. When I got to college, I found out that my classmates had not been watching Filipino movies, or like me, were keeping quiet about it. However, as product of school system using English as a medium of instruction, they knew a good deal about the American movies showing in downtown Manila. As a provinciano in the capital city who wanted to preserve my veneer of big-town sophistication, I knew well enough to keep quiet about my “uncouth” fondness for local film and simply and quietly indulged myself in the double-feature programs of Tagalog movies during weekends spent in Lipa City. 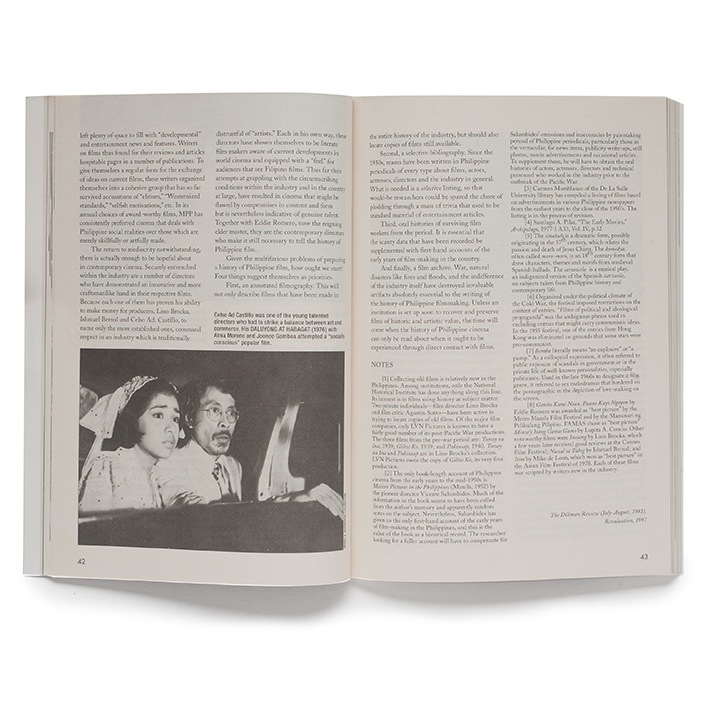 This tension between American and Tagalog movies is discussed throughout the book. Finding the “Tagalog film” the “Filipino film” is an important topic in a country that has been defining its identity after years of colonial experience.  This shows how the realm of art is connected to social realities of the country.

The book has interesting in-depth, well written articles and provide an overview of Filipino film history. The book has some weaknesses. The article selection seems eclectic. There is no chronological order in the way things are presented. There is a lot of repeating information. Some topics are not clear without background information that is not in the book. Despite these drawbacks, the book is a great read to anyone interested in looking more deeply into Filipino film through the eyes of an expert.