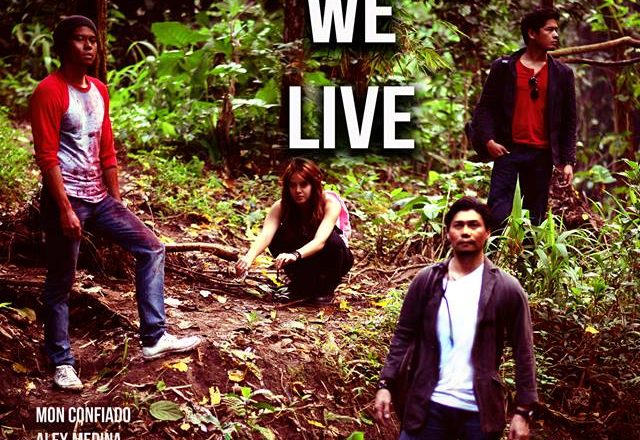 In Darkness We Live

Creatures that dwell in the darkness are a part of the mythology of every culture around the world. We love to hear these terrifying stories as they tap into the primal parts of our psyche. With the high worldwide success of last year’s Australian psychological horror feature “The Babadook”, it is evident that the fascination with the genre doesn’t wane. In the end, these tales are the ones that allow us to express the darkness of our own souls. To tell things about ourselves that are normally taboo. This is exactly what Christopher Ad Castillo’s film “In Darkness We Live” is all about.

In Filipino mythology exists a myth of kumakatok – the door knockers. They appear as three robed figures knocking on the door at midnight, bringing bad omens. They seem to be humans wearing hoods which obscure their faces. Their appearance means a death in that house – either an ill person or the eldest will die. (Source: Wikipedia) While reported sightings of kumakatok have declined since World War II, director Ad Castillo brings this myth into the modern day.

The Film opens with a getaway car riding through vast jungles of the Philippines. A team of bank robbers are speeding into the wilderness after an unsuccessful robbery. They run out of gas and must enter the forest. They stumble into a house where a grandmother and a granddaughter live together. It is the night of ang kumakatok, the grandmother explains, and no one will survive. Then as night falls, the story gets darker and darker.

Once humans step over the boundary into nature, they enter the realm where they are not in control and not safe anymore. Just like tales in Western mythology such as “Hansel and Gretel” or “Little Red Riding Hood” – the forest is a sacred and scary place, away from sanctum of civilization, and where anything can happen. The last physical boundary we have from nature and the creatures of the dark are the doors to our homes. That is why the myth of kumakatok plays with our psyche so well. The film itself, with shaky camera and lots of music montages, feels like an obscure nightmare or an extended Rob Zombie music video. Considering the plot twists of the film, it plays out very well and keeps the attention of the audience throughout.

It is a dark and violent film. As the director explained:

And if it means ultra violence, then so be it. Actually, I started the film knowing that I was headed into the X rating territory and enjoyed every second of it. There’s a feeling of liberation when your art is unencumbered and you’re free to unleash onto the audience the terrible darkness in your mind.

If violent and bloody is something you are looking for in a movie – “In Darkness We Live” is a good choice.

See the trailer here: “In Darkness We Live” trailer.