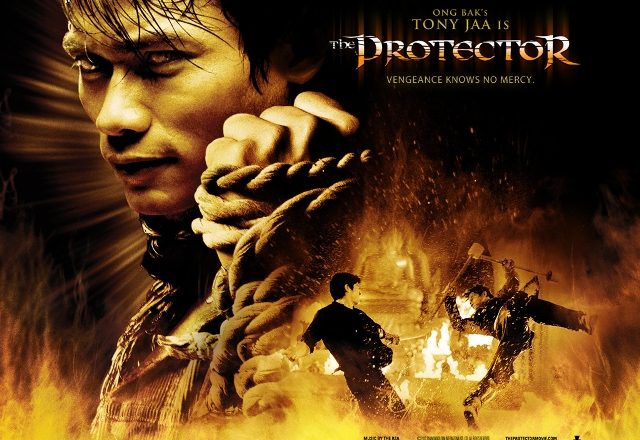 After first seeing “The Protector 2”, I got back to the original, titled “Tom-Yum-Goong” in Thailand. Not only it was interesting to see the elephant Kohrn’s childhood, but I also got to see more real-life Tekken caliber fight scenes and amazing characters who are interesting personalities in real life too.

The story is divided into two parts. The beginning is set in rural Thailand, where Kham (Tony Jaa) is being raised by his father as a Jaturungkabart. These are legendary elite Muay Thai fighters who protect The King and his elephant. Rural Thailand is portrayed as peaceful and immensely beautiful. The connection between people and nature is close, especially the bond between Kham, his father and the elephants. As Kham grows older, he gets his own young elephant, Kohrn. The peace is broken when a scam results in elephants being stolen from their owners. Kham sets out to find them, following a lead to Sydney. There he discovers a tangled web of crime. It involves a Vietnamese gangster, Johnny, who owns a Thai restaurant called “Tom Yum Goong” (where the original name of the film is derived). Johnny has a secret VIP club where people enjoy eating endangered species. The Chinese mafia and transgender mastermind, Madame Rose, control the club. The Australian police are also corrupt, so Kham receives support from only a few people – the Thai-born policeman, Mark (Petchtai Wongkamlao); a Thai student/hostess, Pla; and Buddhist monks in the temple. He finds Kohrn after fighting his way through the city and hordes of enemies, but the father elephant was not so lucky.

As expected, the fight scenes choreographed by Tony Jaa and Panna Rittikrai are spectacular, and are some of the best fighting scenes put on film. My favorite was the capoeira fight in the burning Buddhist temple. The setting, the music, and the characters were perfect. When the capoeirista, Lateef Crowder, showed up, my first thought was, “It’s a real-life Eddy Gordo from the Tekken series” (and actually few years after appearing in The Protector he was casted to play Eddy in the Tekken movie. Wikipedia). Then a real life Marduk appears, a giant wrestler from Australia played by Nathan B. Jones. The fight scenes are creative and very impressive.

The other fascinating element is the world that the director creates in his film. Most of the film is set in modern Sydney where the Chinese mafia rules the crime world. The mafia employs Vietnamese gangsters, and corrupt Thai policemen protect the criminal city. The modern and traditional are mixed together, and the resulting mixture has a special aesthetic feeling. This is especially evident with the Chinese (who often appear as the source of evil in movies of their neighboring countries). They keep their ancient traditions and rituals while operating in a modern Western metropolis. One of most interesting characters for me personally was Madame Rose. She is shunned by her own family for being a transsexual. She is not given bigger operations, nor is she seen as a successor to the “family business”. Despite this, she creates her own way to the top, taking drastic actions by poisoning other possible successors. Her elegance and cold bloodedness go hand in hand. In the end, we even see her martial arts powers, wielding a whip as her weapon of choice. The actress Jin Xing herself is also a fascinating person. She is a Chinese ballerina and soldier, and one of the first transgendered women whom the Chinese government officially recognized. (Source: Wikipedia)

The social problems touched upon in the film are typical of other movies directed by Prachya Pinkaew. He portrays modernity and influence from the West as destroying Thai traditions; problems like prostitution and Thai girls being forced into that world; and the illegal animal trafficking, especially of elephants, the beloved symbols of Thailand. Tony Jaa is a great martial artist, but not so great as an actor. However, he fits well in his “Ong Bak” and “The Protector” roles. His innocent looks and single-minded pursuit of his mission turn him into a frustrated, enraged Froidian ID, attacking the evils of the world and fighting them physically. The fighting seems never ending as the flow of “bad guys” persists, like the evils of the world can never be entirely stopped. From this perspective, Pinkaew’s films seem rather dispirited. Despite this slightly pessimistic outlook, “The Protector” remains highly entertaining and worth a watch.