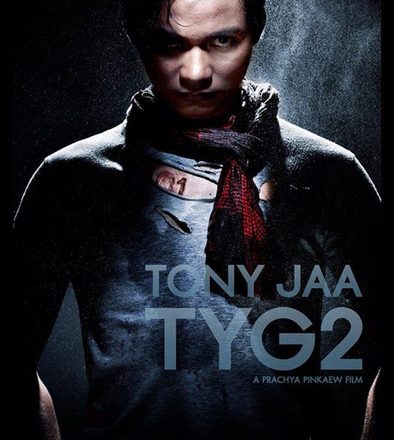 “The Protector 2” on Amazon.

It might seem very backward to review a movie’s sequel before the first one, but having had the privilege to see the premier screening of “The Protector 2” in Bangkok a few days ago, I am using this sequence. In any case, the plot does not suffer due to this reversal. Just as the director’s films I reviewed before (“Ong-Bak” and “Chocolate”), “The Protector 2” is more about the fight than the plot.

The reason the protagonist from the first Protector, Kham (Tony Jaa), goes for another fighting spree is the same as in the first movie – his elephant is stolen, again! The movie even make fun of the fact that he manages to lose such an animal as an elephant twice. However, this is no joke for Kham. To him, this elephant of a special ancient breed is a legacy from his father, and more like a brother than a pet. While fighting his way toward his elephant, he also uncovers a political assassination plot and stops it.

The impressive thing about this movie is how it manages to go smoothly from one action scene to another. It doesn’t use the standard action movie “plot fillers” with dialogue and predictable happenings. It is simply action upon action, and everything is explained through the action. From an indoor fight with a biker gang to a massive motorcycle chase though the city; from the one-on-one fights in the ring to massive fights and boss-fights in a warehouse; from flaming walls to electricity induced underground metro fights, the action never slows down and never stops. This movie is like the popular video games Tekken, Mortal Combat and Street Fighter, with bits of Grand Theft Auto put into one mix. They even show a first person perspective at one point in the movie, when Kham has to climb to the top of a building. It would have been interesting to see more action sequences in this game-like view. As a signature of Prachya Pinkaew’s films, the perfectly choreographed fight scenes by Panna Rittikrai are a pleasure to watch. All this said, the movie may not be for everyone. Action, fighting and gaming fans will enjoy it, as long as they do not try to look for a meaningful plot.

A final note about action movie: I remember a few years back watching “The Expendables.” All I knew about the movie was that it had all the old hardcore action movie stars in it. I kind of expected it to be more on the funny side; however, it tried to take itself seriously and failed miserably. As I recall, Stallone wanted to make this the best action movie of all time, but it was just a dreadful waste of time. The script was seemingly written by a first-grader, with repetitive and very unfunny jokes, bland characters and a boring predictable plot. The movie had great action actors, but they were underused simply as visuals for the movie. In a case like that, it would be better to stick with pure action, and not even attempt to labor through a plot. “The Expendables” did not even come close to reaching its claim as the greatest action flick of all time. There are many 80s action movies that surpass it. In order to learn how to make a real hardcore action film, maybe “The Expendables’” producers should come to Thailand and see how it’s done.