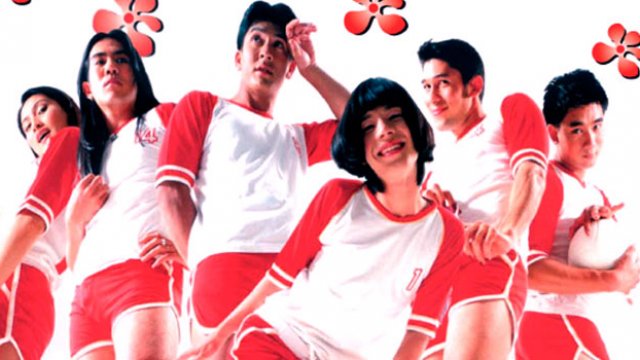 “The Iron Ladies” on Amazon.

A lot of movies from Thailand explore themes of transsexuality, homosexuality, and sexual identity in general. “The Iron Ladies” is no different. On top of that, it is a sports movie based on a true story from the 1996 Thai National Volleyball Championship.

In the beginning of the movie we meet Mon, and see that he is not accepted to any Thai volleyball teams. He knows it is because he is gay. Mon shares his sorrow with the much more positive fellow volleyball player, Jung, a very feminine character. Part of the reason for his cheerful attitude is the fact that his parents embrace his gay identity. Mon considers quitting volleyball, but fortunate circumstances lead him and Jung to be accepted into a newly formed city team. All the other players leave the team, as they do not want to play side by side with “queers.” New team Coach Bee asks for Mon and Jung’s help to find more players for the team. They reach out to their old friends: Nong, who is in the army; Pia, transsexual performer; and Wit, who is about to get married, and never told his parents about his true sexual identity. Eventually the team is all ladyboys expect for the team captain, Chai. He is not very comfortable with the behavior of his teammates, but eventually warms up to them.  The plot continues in a very predictable pattern, the typical “underdog team” succeeding against all odds. Each person has their own personal problems, and they have to face continuous discrimination against them as such an unusual team.  Eventually though, they conquer adversity and win the championship.

I have to say – “The Iron Ladies” is not a good movie. The acting is over the top, the plot is very predictable, the characters are plain and they are never truly developed. The “femininity” of the ladyboys is very artificial and in your face, “we need to put on our makeup or we cannot play the game!” The editing is very ‘80s-like, with the infamous “Rocky-style” training montages. The underlying moral message, that they just want to be accepted and viewed as human beings, is spelled out very clearly. You can practically hear the voice of disapproval scorning all dissenters, “Shame on you!” However, there is some merit to the lesson being pushed in the movie. It is a product of a different culture, with a very different perspective on sexual identity issues. As evidence, one simply has to consider the fact that the film is based on a true story! Despite its shortcomings, it is worth checking out if you do not have too many expectations for it. I think the movies “Beautiful Boxer” and “The Love of Siam” did a far better job addressing the sexual identity and acceptance issues. So, while “The Iron Ladies” may not be a particularly good cinematic experience, it can still be a very interesting cultural experience.