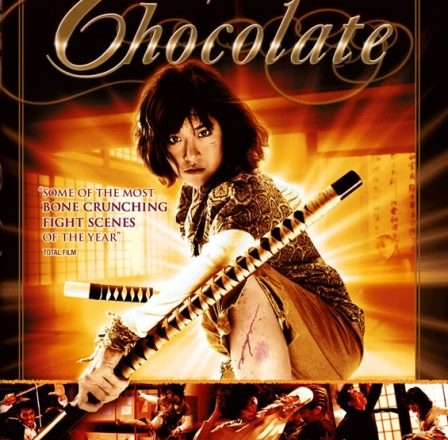 When you hear the plot of this movie – the autistic daughter of an ex-gangster woman becomes a great martial artist in order to collect money for her mother’s chemotherapy – it sounds far-fetched. It reads more like the setup for a B-action movie or the plot of a weird anime film. It is not your typical movie about autism, or fighting cancer; it is film made purely for the beauty of “the fight”.

The movie starts with the love story between a Japanese gangster (Hiroshi Abe) and a beautiful Thai woman, Zin. However, she was also the lover of a Thai gangster who does not appreciate the blooming romance. He gives them an ultimatum: never contact each other again or be killed. They choose the former, and set off in different ways. But Zin is pregnant, and gives birth to an autistic daughter, Zen (which could be seen as a karmic punishment for her sinister past life). Zen grows up watching muay thai fighters in a nearby school and in martial arts movies (Pinkaew’s “Ong-Bak” is shown in the movie a few times). She has the ability to replicate any moves she has seen, and spends her time training. When Zen’s mother needs money to go through chemotherapy, Zen’s only friend Moom finds a notebook with Zin’s old gangster-life contacts that owed her money. Moom and Zen start collecting the money using Zen’s savant martial art skills.

I will not go into what was lacking in the film, or what seemed to be plot holes. Again, this is not a typical movie. It seems more like a computer game and anime mix made into a feature film; and that combination worked very well. I actually enjoyed a lot of things about the film. First, I liked the pre-story of the romance. Although it was fast paced, and for my liking could have been longer, I really liked the editing which made it very dramatic. The story before the fighting starts – forbidden love and crippling sickness – reminds me the characters’ stories in the video game “Tekken,” and their reasons to join the Iron Fist Tournament. Second, just like in “Ong-Bak,” “Chocolate” had splendid fight surroundings – the icebox, the warehouse, the butchery, a Japanese-style room (reminding me of a “Kill Bill” fight scene, and I would not be surprised if it was one of the inspirational movies for creating “Chocolate”), and eventually the side of a building. Most settings were gritty, industrial, urban and futuristic all at the same time. The surrounding objects, like ice, meat and knives, were used very well to enhance the fighting.

Zen herself reminded me of the anime “Elfen Lied” main character – a seemingly innocent and helpless girl who is actually a super fighter. Kudos to Yanin Vismitananda,who played Zen. Chocolate was her debut movie. Kudos also to Panna Rittikrai, who did the fight choreography, and to all the cast who were bruised up pretty badly making this film (the “making-of fight scenes” is shown during end credits, and you can see how difficult is to make such fight scenes).

I will repeat again – this is not a movie about autism, love, fighting cancer or gangster life. It is movie about fighting; and if you take it on its own terms, you will enjoy it. I think “Chocolate” is one of the best martial arts action movies. Also, I saw on Wikipedia that director Prachya Pinkaew has been selected to direct the new Tekken movie. That is definitely something to look forward to.