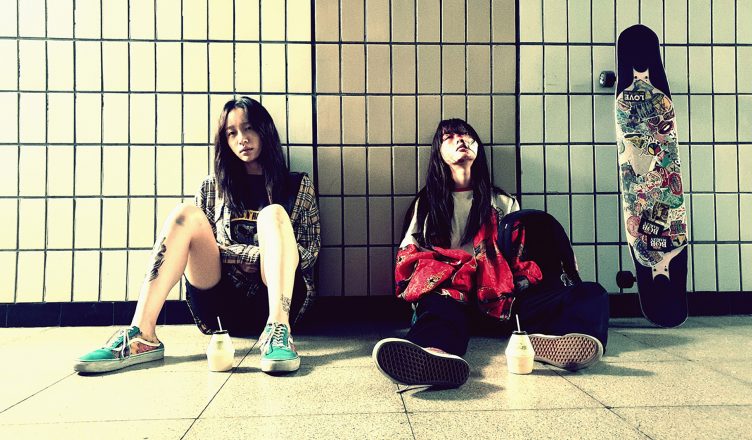 Bright and candy-coloured, gently diffused soft skin on a leafy backdrop are all things one would come to expect from Korean dramas and cookie-cutter pop music videos.

Director Lee Hwan takes this notion and runs in the opposite direction.

As the title suggests, Young Adult Matters is a coming-of-age teen drama — delving into the lives of South Korean teen delinquents from the standpoint of a young girl trying to get rid of her unwanted pregnancy. It grapples with the idea of adulthood being thrust upon children in the face of a society that doesn’t serve to protect but to dictate, leaving them to survive alone if they fail to fit the shiny standard the adults expect of them.

Sejin (Lee Yoomi), is parentless, suicidal, and viciously bullied, accepting each slap in the face with an earnest grin. Dropping out and joining a troupe of delinquents after setting out to find a way to get an abortion in conservative South Korea, Sejin willingly puts herself and her friends on the line, engaging in underage prostitution and stealing to keep themselves alive and closer (financially, at least) to the holy grail, the elusive abortion.

Throughout the film, there is a desecration of the idea of bodies as temples — bodies are treated as a means to an end. Sejin uses her body as just a vessel, an instrument of pleasure, then temporary housing for the baby she does not want, and simultaneously, a vessel by which she can make the necessary money to get the abortion procedure done. This idea is proposed alongside that of a national indifference towards the Korean youth; what are the children worth, if they are persecuted for taking extreme measures to solve the issues (such as Sejin’s unwanted pregnancy, as well as her troupe’s collective homelessness and lack of a family) that they don’t receive aid for. Parallel this negligence towards bodies as a concept with the negligence shown towards kids like Sejin, and therein lies a suggestion of a critique against a hypocritical society that glosses over the very adult issues that children face while demanding an unequivocal adherence to the very Christian-influenced and very conservative mould set out for them.

In spite of the political overtones of the film, the film’s strengths lie in the genuine portrayal of teen loyalty. Sejin’s sister is quietly constant, while she cruises the roads at midnight with an intensely ride-or-die crew. While all the performances offered by the cast were incredible, Lee Yoomi and Ahn Heeyeon’s chemistry is unmistakably palpable, in the roles of Sejin and Jooyoung (her sudden drifter companion) respectively. The film does not shy away from depictions of violence and self-destructive tendencies, and the cast plays it straight, enacting violence against each other and their own bodies seamlessly. In many cases, where such performances can come off as overly contrived, they bring reality and rawness to the table, grounding the film with their portrayals of guilelessly rabid desire to find happiness.

One issue I feel must be mentioned is the rough execution of the plot, which feels a little bit incomplete in spaces. The film offers no context with regards to relationships, such as Sejin’s relationship with her baby daddy and exposition pertaining to the exact nature of her family situation. The premise itself is understandable and simple, but how the events leading to one another feels choppy and unprompted, and because Sejin seems so apathetic and so non sequitur, segments of the film (and most troublingly, the pregnancy) seem arbitrary and easily avoidable.

Releasing a film like this in 2020 feels especially poignant, with South Korea’s popularity making its meteoric entrance into the pop culture consciousness with the success of its shiny, youth-driven exports. With South Korea growing more popular as a dream destination, and a romanticised place and culture by many a young teen on Twitter, Lee Hwan takes his time to knock that visage down, juxtaposing Sejin’s wide-eyed naivete with the very real and bureaucratic trauma she finds herself facing constantly. While the film left some to be desired in terms of pacing, the end product is turbulent enough to empty you out slowly, which on its own sounds terribly depressing, so I’ll compare it to a sea salt purge. While this film can be a tough watch, the afterglow is soothing. Following a young girl through the wringer of pregnancy and out the other end alone but free, the conclusion of the film is ambiguous at the very least, and therapeutic at its best.