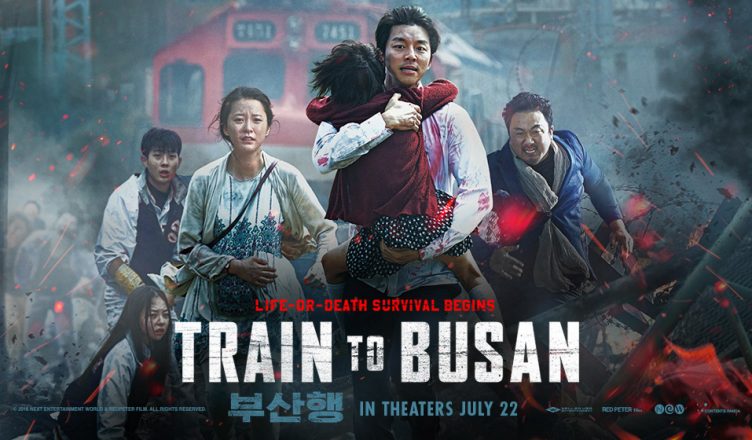 Train to Busan swept through the domestic and international box offices with a huge success. Since its release in 2016, I’ve seen the movie three or four times. It also stands among my favourite zombie movies ever, and I’ve seen a lot. While this intense action-packed film with a well-constructed story is captivating even without the historical context I’m about to discuss, it is always interesting to dig deeper and see what’s behind the zombie violence galore.

Fear of the North

Behind the daily South Korean life filled with noraebang (karaoke rooms), k-pop, soju and lively neon-lit streets, there is the unspoken understanding that this reality can be shattered at any moment. The country lives in a constant threat from its northern brother and a heart-wrecking conundrum – how can those people, who are also Koreans, be their worst enemies? Zombified people are similar – you can still recognize your loved ones, but now they are a threat. It’s a difficult thing to acknowledge, and it’s well depicted in a scene where a young baseball player, Yong-guk, faces his team buddies turned zombies in one of the train cars. At first he stands frozen, he cannot fight them, they are his friends, but eventually, he realizes that he must survive and he raises his bat. Also, paralleling the events of the Korean War, the infection spreads all the way to Busan (Busan/Pusan perimeter in the Korean War), where it is eventually contained by the military

Failing authorities – be it the government, the army or the police –, is a common thread in South Korean cinema (e.g. Memories of Murder, The Host, Confession of Murder). The failure of the army during the Korean War, the years under a dictatorship and the atrocities committed in that time (look up Gwangju massacre) are still ripe in the collective consciousness. In Train to Busan, the government first lies to the people directly, putting the blame on riots while everyone can clearly see the truth through shared videos on social media (the internet empowers people, lies cannot be easily fed, censorship is not as easy to enforce as it used to be). Then, the army that had to save the passengers attacks them, as they failed to contain the virus. The most painful and personal moment of the government’s failure is portrayed in the scene where a teen girl, Jin-hee, the cheerleader of the baseball team, hears the news that the other survivors made it safely through many zombie-filled cars and are coming to join them. She tells her fellow passengers but Yong-suk, the character that we’re supposed to hate, and it comes oh so easy, convinces those in the car that the incoming survivors might be infected. The young Jin-hee looks for help from the train conductor, who is an authority figure in this context, with his neat uniform, but being weak he sides with the fear mongrel and allows others to block the entrance – group-think at its worst and the failing government that allows it.

Breaking up of the family

An estranged, over-working father who sacrifices his family life for work is a common character in South Korean films. In Train to Busan, our protagonist Seok-woo fulfils this stereotype, and his hero’s journey leads him through the worst to realize what is the most important thing in his life – his daughter. But the film does not just jab at the absentee fathers (as a matter of fact, there is an empathetic scene explaining their side of the story too, understanding the sacrifice that these overworking fathers are making), it also jabs at the single-minded, hierarchical, over-working culture of South Korea. This culture, in the film, also brought the zombie disaster, as a failure in the biotech company where the protagonist Seok-woo works was the one that created this virus. Working extremely long hours and making sacrifices built South Korea from post-war rubble to the powerful nation of today, but maybe it’s time to re-think these values and create a new vision for future generations – there is hope for that, and that is what the film alludes to.

Train to Busan has a lot packed in its two hours, but it’s all placed in the background and in the characters rather than in long-winded philosophical dialog. The film will keep you on your toes, and you will never feel the same riding a train again.