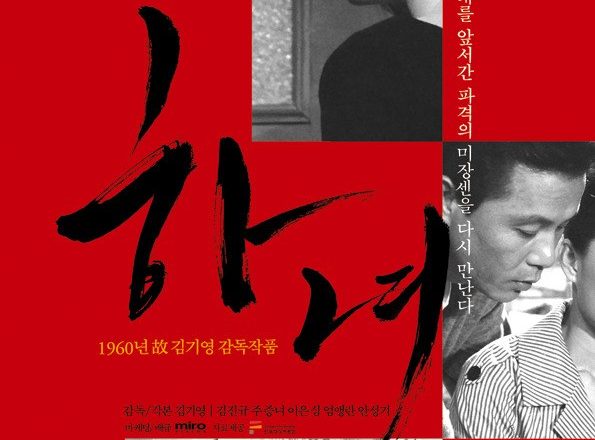 The Housemaid on Amazon.

Keeping all that in mind, it is easier to understand why The Housemaid is referred to as one of the great classics of South Korean cinema. The Housemaid  is not only an extraordinary crime melodrama, but it also represents everything that is South Korean cinema. The themes that director Kim Ki-young examines in this film would have been very taboo in prominent industries such as Hollywood at the time. The Housemaid is the story of the emergence of the upper-middle class in South Korea, a story of love, greed and betrayal. Prominent Korean filmmaker Bong Joon-ho described The Housemaid as an exercise in genre-hybridity (one of many reasons that make this film ahead of its time) implying that it was as much of a melodrama as it was a horror film.

The story begins with a simple family (a couple and two children) who are in the process of renovating their house to build an upper floor. Early on in the film, the husband reads out an article from a newspaper about a man having an affair with a housemaid. The foreshadowing of an affair is clearly emphasized in the beginning of the film, which is quite interesting since it makes the events preceding the affair a lot more important and ambiguous. The couple are both working hard to support the family, the wife is tailor and the husband is a piano teacher, and they are both figuratively working their way up the middle class. After the house is renewed, the wife gets pregnant and she begins to realize that she cannot cope with the extra work so she asks her husband to hire a housemaid.

The Housemaid is overflown with metaphors and allegories ,and one that mostly stands out is the stairs. Almost every important moment happens along the stairs – we witness characters falling down the stairs on various occasions, which almost seems to suggest that they are struggling to maintain their new adopted social class. Early on during the film, as the husband was giving an individual piano lesson at home to one of his students, she tried to seduce him and he refuses. She begins to threaten him as he grabs her next to the stairs saying

Look down, I could easily kill you right now

This moment is prominent because it the first time the husband gets exposed to the horrors of the upper class. The stairs, however, are not always associated with evil. The crippled daughter, for instance, is encouraged to exercise her leg going up and down the stairs. This tells us that there is light to be found at the end of the dark tunnel that the family found themselves in.

It is undeniable that the set design plays the most important role in this film. Everything is divided into specific sections. Ground floor versus the second floor, outside versus inside. At certain moments the camera itself shifts rather smoothly between two different locations which at times makes the viewer wonder whether it actually was filmed in the 60s! This materialistic aspect of the film relates to the wife in many ways, as she is constantly obsessed with wealth and a ‘better life’. She doesn’t seem to pay much attention to her children or her husband since she is mostly busy with her sewing machine.  [spoiler] Even after her husband admits to having an affair, she does not appear to be hurt as much as you would expect, she immediately thinks of ways to bring back the balance in the family.

The writing does a fantastic job in depicting characters that are extremely complex in which it becomes very difficult to dismiss any behaviour as unnecessary. Every character can be sympathised with, which is something that is very rare in cinema. Director Kim Ki-young created a classic that certainly stands the test of time. The Housemaid is an important South Korean film that is not to be missed.