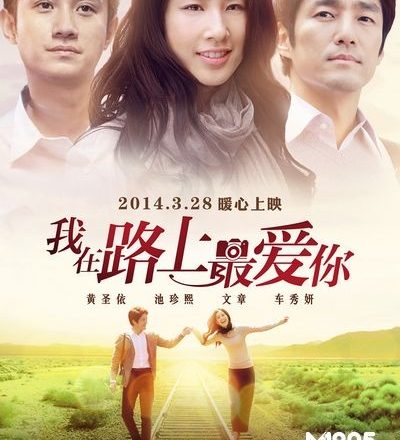 “On the Way” is a Romantic Drama starring Ji Jin-Hee (지진희, 池珍熙) from South Korea and Huang Shengyi (黃聖依) from China and was released in March of this year. Don’t be fooled by the poster, this is what is known as a two hander, as in, there are only two leads with whom we as an audience become invested. There was a definite ploy in the marketing of this film to sell it as more of an ensemble piece consisting of the intersecting lives of two couples. Not only that but I would go so far as to say the promotional stills are misleading as to the narrative as well. For whatever reason I think there was no need to stray away from what this film is, the story of two people in search of something better who fortuitously happen upon the other. 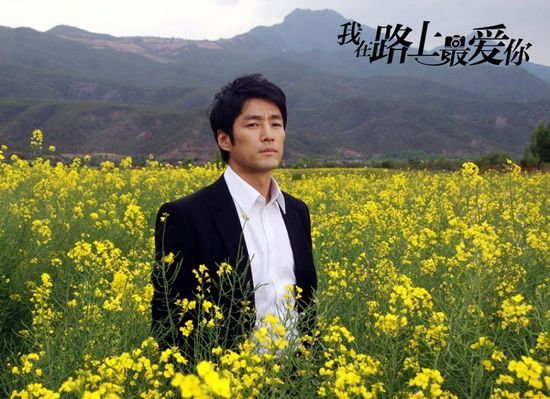 “On the Way” begins in a very contemplative and inwardly tumultuous manner with two individuals attempting to deal with the strains of life. A woman walks aimlessly through a park, crowded on all sides by a woven net of trees, a man looks out over an endless sea wearing the blemish of a container ship traversing the horizon. The first voice we hear is in voice-over explaining the reason for the man’s malignancy. As the opening credits roll we have very quickly and deftly learned about one main character, the man, while conjuring questions of who this woman is. Moments later the story is set in motion as the motivation of this woman is partially explained and our two leads are united on a train journey that will defy their own expectations. 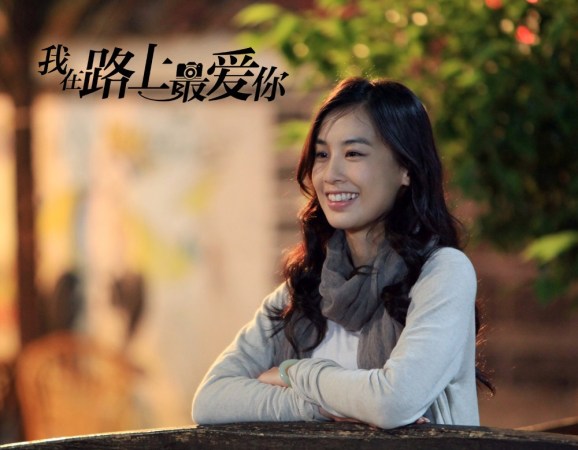 What follows is in keeping with films such as “Before Sunrise” without the verbosity and “One Fine Spring Day” (봄날은 간다) from South Korea, in that two characters explore ways to communicate through inadequacies of language and though the protective shells they have placed around themselves. They are two vulnerable human beings and thusly we can relate and more so, we can connect and sympathise and ultimately root for their mutual future. What began as a slow journey with as much trepidation in my own affinity toward it, ended in a place where I mentality sought out the possibilities of their actions, going so far as to place my own will upon the outcome.

This is not a film about flashy camera movement or placement but it is about magic, especially the magic of romance. There are some clever transitions and interactions between the memories of the past and the present. Seeing the two timelines operating in the same frame grounds us firmly in the knowledge that what has transpired plays a large part in creating who we are and the environment in which we find ourselves. One moment that is especially poignant is when the woman remembers her grandmother taking to the stage in full makeup while the very air about them comes alive with the sights and sounds of a bedazzling festival. While computer effects would normally have no place in a film such as this, they are used to embellish the sentiment in an un-gratuitous manner. 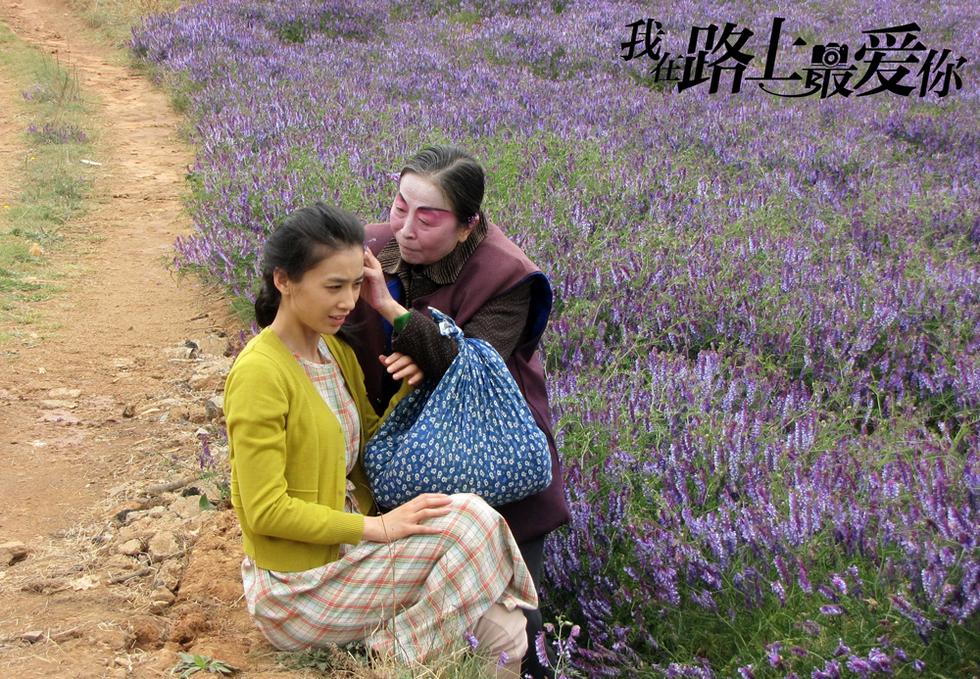 “On the Way” is a Chinese/Korean co-production, a union that I feel is still finding its feet in terms of subject matter, execution, where and how to market it and in understanding the potential of said union. In this film however they have found something that is more in keeping with what these two great cultures can offer. It shies away from the modern conceit of western narratives and demonstrates a more traditional sense of storytelling. The two leads are sufficiently embroidered as to draw in an audience and the actors possess enough self-control to allow the story and the characters breathing room. The deeper the journey and exploration became the more engaged and delighted I was in where I was being taken. It is a journey well worth sharing.