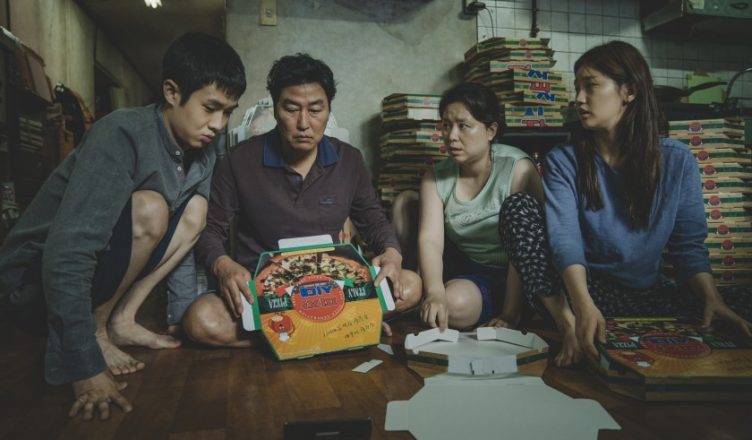 Whatever happens with the nominations and accolades, it is a fact that this South Korean movie broke through barriers and made history. It also piqued interest in South Korean and Asian cinema globally. We’re overjoyed that more people around the globe will have a chance to discover and enjoy hidden gems of Asian cinema. What will happen in the local film markets following such high acclaim and acknowledgement? We’ll see – but we’re hoping for the best.

If you’ve watched “Parasite” and enjoyed it (or maybe not, but want to see other South Korean movies) then this list is for you. It is not a comprehensive list of the best South Korean movie – that would be too long – but some of our favourites. Enjoy!

Yes, this movie is usually at the top of many lists. It’s a twisted, violent and jaw-dropping Park Chan-wook cult-classic not to miss. It had been made in English-language version by Spike Lee. But treat yourself with the original even if you’ve seen the English version.

Before Bong Joon-ho made “Parasite”, he a number of great films. We’ll list a few of them. “Memories of Murder” is a serial killer murder mystery based on real facts. In fact, the serial killer had been recently identified – after 30 years! The film has many more layers to discover – it’s a true masterpiece. If you enjoyed David Fincher movies “Zodiac” and “Seven” or the TV show “Mindhunter” – then you’ll like “Memories of Murder” too.

The Good, the Bad, the Weird

Inspired by Sergio Leone’s most famous “The Good, the Bad and the Ugly”, this movie is a South Korean Western set in China’s Wild West lands of Manchuria. It’s beautiful, funny, intense and filmed in a gorgeous setting with very elaborate settings – one of the best from Kim Jee-woon.

Before Bong Joon-ho made “Parasite”, he also made a monster flick. And it’s great. The movie combines a family tragedy and a social commentary on the American military presence in South Korea.

The Detective and The Criminal. The chase and woman’s life at stake. “The Chaser” is a very intense film that will keep you on the edge of your seat. But be warned – violence there is explicit and uncensored.

Castaway on the Moon

After watching a few violent crime movies, it’s time for some relief. “Castaway on the Moon” is sure to provide it. This lovely romantic film is visual comedy at its best.

But if you can’t get enough of gruesome and brilliant crime movies from South Korea, then “Confession of Murder” should be next on your list. Thrilling action from the first scene to the last.

Before Bong Joon-ho made “Parasite”, he also made “Mother” – a crime film with some Freudian tendencies. And, as usual, it is brilliant.

Ready for some martial arts action? “The Kick” is a co-production between Thailand (and one of my favourite directors – Prachya Pinkaew) and South Korea. It is a family action-comedy filled with taekwondo stunts.

Before Bong Joon-ho made “Parasite”, he also went to Hollywood and made “Snowpiercer”, a post-apocalyptic action-adventure with both American and Korean cast. And, you guessed it, it’s great!

The struggle between North and South Korea is a common theme in South Korean movies. Park Chan-wook’s “Joint Security Area” is a great exploration of this topic.

One of the best zombie flicks in zombie flick history, Train to Busan digs into fears and wounds of South Korea. But with lots of zombies. Train rides are never gonna be the same after this movie.

A Tale of Two Sisters

To add another horror film to the list, A Tale of Two Sisters is a truly creepy, intense and surprising horror film

I‘m a Cyborg, but That’s OK

It’s not Halloween time, so we didn’t want to end the list with a horror film 🙂 Park Chan-wook is the director of “Oldboy” but he also made this lighthearted romantic comedy. It’s quirky and fun – perfect for Valentine’s day.