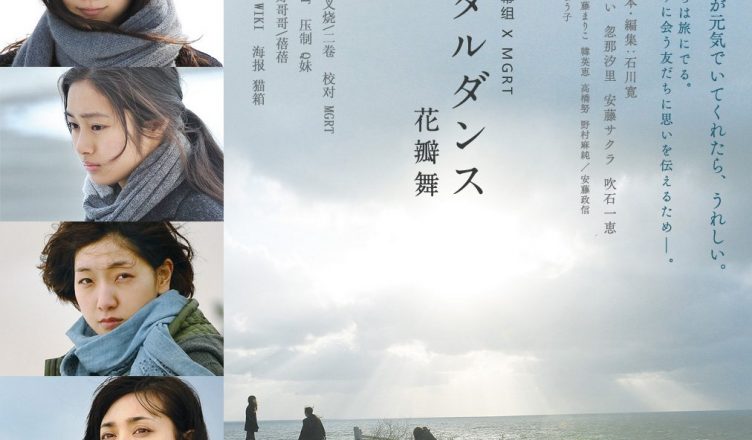 物の哀れ Mononoaware a Japanese word that can be roughly translated as “the pathos of things.”  It is the awareness of the impermanence of all things and the gentle sadness and wistfulness at their passing.

Japanese is a language that captures a lot of life’s nuances and Japanese culture is known for its subtle creativity. Be it the art of Zen gardens, a short haiku poetry, or paper folding origami techniques, Japanese culture has been spreading and fascinating the Western world for centuries. It is no wonder then that such culture can take a sensitive topic of suicide and make it into a film that never even mentions suicide.

To be fair, Petal Dance is not only about suicide, it is also a meditation on growing up and falling apart with friends who used to be close. The three women on the roadtrip, Jinko (Aoi Miyazaki), Motoko (Sakura Ando), Haraki (Shiori Kutsuna) have time to reconnect and share their varied life experiences. When they see Miki, who lives in a psychiatric hospital after attempting suicide, they try to make it up for her somehow for not being there to support here. But how can one really do such a thing?

The film is slow, very slow, with almost nothing actually happening. It is more like a meditative Japanese painting turned into a movie: the humans and their lives are so small and insignificant compared to the vastness of nature that surrounds them. Zen Buddhism teachings of compassion and impermanence of all phenomena are the underlying topic of this film. This is not a film for action-oriented viewers, where a film proposes a problem, and then finds a solution by the end of it. No, this is something to watch on those days when you ponder the existence and meaning of life.