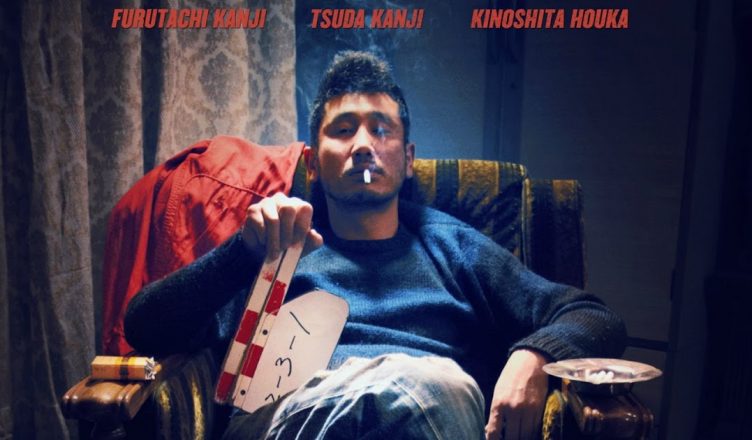 Watch the film on Filmdoo

When two newbies, a timid actress Minami and a naive scriptwriter Ken, join the group, it shakes things up. Ken writes a great script, and Minami is offered the leading role, making her an object of jealousy among the group’s old-timers.

Minami and Ken come with imaginary ideals about the indie films that get gradually crushed by reality. Or more precisely the fake reality that the group is trying to portray – directors and producers (predominantly male) talk about high ideals of indie films, the fight against the establishment, use high Derrida-esque words, while the actresses (predominantly female) express their high-pitched admiration. Actual filming never gets done.

The movie has many characters with their own small plot lines, some nicely done (especially Kyoko, a desperate actress with her methods of surviving in the industry), most of them not so much. The storyline that I did enjoy was between Tetsuo, the unapologetically obscene director, and Minami, the wannabe actress. Their relationship expresses the nuanced power dynamics between director and actor, male and female, established artists (even when fake) and a new artist.

At first, Tetsuo has all the power, as a director, male and a senior artist. The only thing Minami can do is decline his frequent and forceful sexual advances. The film also questions the thin line of inspiring “genuine feelings” in actors (for example, by slapping actors face or doing something unexpected to get a true reaction), and abuse. With many scandals in the industry about such cases of abuse, it is a legitimate concern rarely addressed in movies. Even disgusted by the burlesque theater she finds herself in, Minami learns and uses the rules of this world to advance herself and gets what she wants. Though that comes with a price, a price she’s willing to pay, because as one of the characters expressed, filmmaking is more addictive than crack. Though this plot line is not fully developed, it is the only real character arc in the film.

Lowlife love has a high production quality, but not what I would call a great movie by far. It is self-indulgently long, with many scenes that drill the same message that Tetsuo is a lowlife and add nothing to the plot. Trying to balance many characters with their plot lines makes the story muddled. A lot of good comedic chances are lost due to bad timing and messy writing. And yet, unlike the main character, the film has redeeming qualities and something that keeps you watching. If you’re looking for something different, this film provides an offbeat view of Japan. If you are in the film industry (indie or mainstream), this will certainly strike a familiar chord and provide a few laughs.