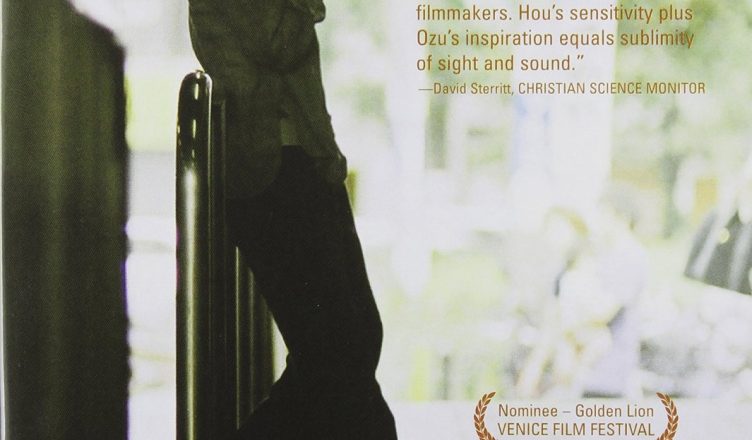 So far, I have watched Café Lumiere twice. This wasn’t a result of a convoluted narrative style or a complex subject matter, but for some unexplainable reason I felt an odd sense of enchantment and affection towards the film. Café Lumierein a sense is an anti-narrative, not in the tradition of Goddard or Greenaway, but perhaps somewhere between Bela Tarr and Yasujiro Ozu.

The best way to describe the plot of Café Lumiereis to see the film is to pretend that you happen to be briefly passing by our protagonist, Yoko (in fact, even the word ‘protagonist’ is questionable since Hou allows Yoko to blend into the crowd at various points throughout the film). Most of what follows is daily human activities with the exception of two major highlights: Yoko’s pregnancy and the search for a Taiwanese composer. Essentially, what the film presents is a series of events that are typically ignored in most mainstream narratives – drying laundry, napping, uncut metro rides, long pauses, and so on. All this may sound like dreadful watch to some viewers, but this is where the film’s charm is clearly visible. Hou’s observational and objective visual style captures everything with extreme precision and elegance that it becomes difficult to look away from the screen. Narrative is of a secondary importance here. I see Café Lumiereas a visual experience. Its focus on the visual indicates a return to form; a return to the core substance of cinema which is the image. And I think the key here is Hou’s choice of angles and composition, a trait of Café Lumiere– however slow it may be at times – that not for a moment feels boring or exhausting.

The entire pace and feel of the film is very meditative. The characters never display any variation of a heightened emotional reaction or expression; even the most dramatic moments are reduced to absolute subtlety. Hou shoots most of the scenes in Café Lumiere statically (very little camera movement is applied) which makes the viewers eyes move around the screen freely. After a short while, the recurring locations begin to feel like home, especially with the director’s constant focus on every-day human behaviour and endeavours.

Moving further, the film can be seen as a critique of the younger generation (the computer generation). The viewer is constantly presented with a contrast between Yoko’s perception of the world and that of her parents’. For instance, a vast behavioural and social gap is evident between the reaction of Yoko’s mother to the pregnancy and that of Yoko’s friend Hajime (who barely reacts to the news at all). In another interesting scene, Yoko, along with her mother, knock on the neighbour’s door as an attempt to politely ask them if they can borrow a bottle of sake. The mother is extremely ashamed and embarrassed, “I feel ashamed!”, but Yoko does not appear to see anything impolite about what she’s doing. When Yoko’s mother asks if she borrows from the neighbour often she replies, “..sure, soya sauce and whatever” – it should be pointed out that there is a degree of understated humour throughout the film. Thus,Yoko’s mother embodies traditional Japanese politeness, whereas Yoko’s behaviour indicates how distant she is from those traditions.

The seemingly platonic relationship between Yoko and Hajime is an important one to address. Hou’s objectivity possibly allows multiple interpretation of the intentions (if any) of the relationship. It is clear that the two have affection for each other, however, the relationship never escalates to anything more. The sublime act of falling in love is reduced – as everything else in the film – to a simple acquaintance. One could deduce that Hou’s intention here is to show that Yoko’s generation’s disinterest in a sexual involvement. One might push this argument even further to suggest that physical attraction may cause harm to their relationship.

As soon as the film begins, Hou indicates that Café Lumiereis an homage to Ozu’s cinema (thus we have a Taiwanese director filming a Japanese movie). The references are endless and many critics approached it as a work of pastiche. Not to say that a certain degree of that is untrue, but it is also critical to mention Hou’s incredible ability to meld his own unmistakable style along with all the references. The film could have begun from any point and it wouldn’t have made the slightest difference.This, along with remarkable performances all-round, makes Café Lumiere infinitely re-watchable. Certainly, there is an interesting collection of events and anecdotes along the way, but even if none of that gratifies the viewer it is simply enough to sit back and be hypnotized by Café Lumiere’s cinematic breeze.