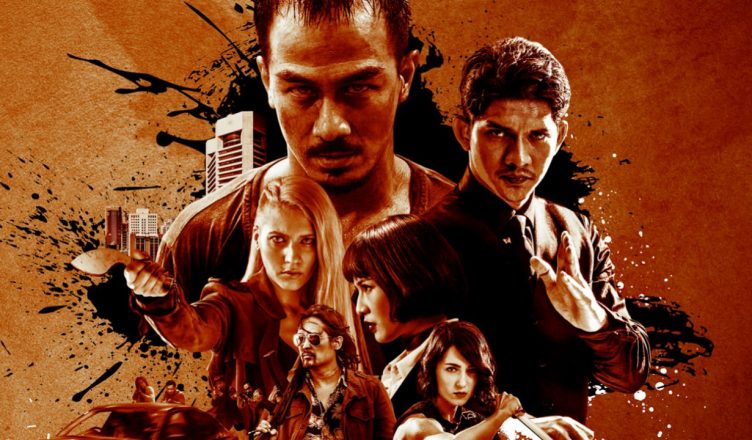 The Night Comes for Us

Watch it on Netflix

The worldwide success of the Raid: Redemption movie launched its actors into stardom. Iko Uwais, who played the main character Rama in the film, starred in Star Wars: Episode VII – The Force Awakens (did you notice him?) and is the star of a TV show recently launched on Netflix – Wu Assassins. Meanwhile, Joe Taslim, Or Jaka the charismatic commander of the SWAT team in Raid, went on to star in Fast and Furious 6, Star Trek Beyond and a TV show about San Francisco’s Chinatown titled Warrior.  The Night Comes for Us brings these two great martial artists back together – I’m sure that’s what many fans have been waiting for.

Ito (Joe Taslim) and Arian (Iko Uwais) were in the same criminal gang in Jakarta Indonesia. However, strengthening influence form the Chinese Triad changed the rules of the game. Fast-forward, they both are working for the Chinese until Ito betrays them to save a small girl from a massacre. The Triad decides to get Arian to go against his former friend and gang boss. But will he be able to kill his ex-best friend?

At least that’s the main drama point that the film is trying to play. And it kind of works… but just kind of.  The story quickly becomes muddled, character actions and motivations go awry. By the time you get to the midpoint and they go back-and-forth again, it’s tedious, as it is clear that the screenplay is just trying to tag us long until we get to the last big fight between the two. It could have been done a lot better, creating a simpler and more compact story fitting for an all-action movie. I do like these type of action films and there are many examples – Ong Bak, John Wick and Raid: Redemption and man more managed to keep it simple yet interesting and entertaining.

Despite the muddles story, the movie is very enjoyable action-wise. It’s vivid, gory (sometimes too much for my personal taste) and very creative in terms of the ways they kill people. The actors are great martial artists and that plays to the strength of the film. There are also a few interesting side characters with their own cool fighting styles (not really contributing to the story though). The dynamics of the fights remind of slasher computer games – hordes of bad guys coming at the good guys, the good guys cutting through them and surviving after many cuts and blows. At some point, they meet a “min-boss” character who is much stronger and usually gets rid of the non-essential characters. The fights are not realistic, but they are fun to watch if you enjoy this type of action movies.

The Night Comes for Us for me personally does not reach the level of Raid, which is one of my favorite movies, but it is a great action movie nonetheless. If you like the actors and don’t mind some gore, catch it on Netflix.