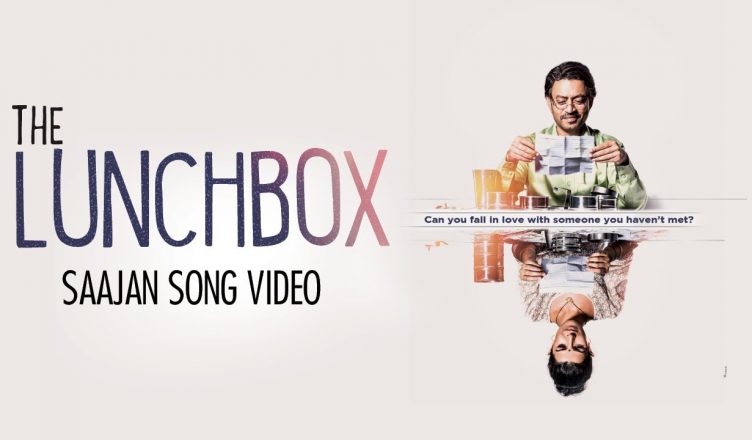 Find The Lunchbox on Amazon.

In the pursuit of faster and more effective communication tools, we seem to have lost their true purpose – the genuine human connection. Social media, with all its infinite possibilities, has become mostly a stage for lifestyle exhibitionism, fueling our Fear Of Missing Out anxiety driven culture even more (Check out the Nerdwriter’s manifesto against this exhibitionistic obsession). Real expression and less-than-perfect realities of the daily life seem out of place in that constant stream of photoshopped and filtered moments. Humanity is yet to devise a better long-distance communication tool than letter writing. The mindfulness and presence that it takes to keep a consistent correspondence is unparalleled, often enabling the transmission of deeper and more intimate thoughts than a dialog. Instant communications seem to not allow deeper contemplation.

The Lunchbox is a beautiful monument celebrating subtle joys of letter writing. The film’s two main characters – Ila (Nimrat Kaur), a young housewife, and Saajan (Irrfan Khan), an about to retire accountant – are connected only by the accidental mistaken delivery of a lunch box (the intricate dabbawala system of delivering homemade fresh lunch to workers in Mumbai supposedly does not make mistakes, just sometimes). When Ila realizes that it was not her husband who emptied the lunch box, she is advised by her upstairs neighbor Auntie to write a message to this mystery person. When the lunch boxes comes back empty again, she nervously looks through them and finds a note.

“Dear Ila, the food was very salty today” – was his answer.

Encouraged by Auntie again, Ila sends very spicy food the next day. In this whimsical way a very profound communication and friendship begins. Using this “message system”, they share glimpses and moments of their lives with their thoughts and insights, that most often are left unspoken in the daily lives, so usurped by routines and “must-do’s”. This communication starts awakening the humanity in both of them, especially Saajan who starts off as a grumpy old man, closed from his surrounding, trying to not interact with people. He has spent all of his life as an accountant and now preparing to retire, as this is what people do at his age. When a new recruit who is supposed to replace him arrives, he treats him with suspicion and disdain. However, when he tastes Ila’s meal for the first time, the whole world stops and for the first time in long years he is living in the moment. Each meal with each letter from Ila brings shine into his complexion. He starts to connect with the new recruit as well. My personal favorite moment was in the crowded train that Sajaan takes every day. He usually ignores other people, just as it is customary in these awkward close-quarter urban environments. But that day he turned around and his eyes met this short older woman. He smiled and she smiled back, with so much warmth in her eyes. I think that this moment sums up the whole of humanity.

“I think we forget things if there is nobody to tell them to”. – Sajaan contemplates in one of the messages.

Ila is a beautifully crafted female character, who is not reduced to a “desperate housewife” stereotype. While her marital life is far from perfect, she tries to understand and fix the situation with her husband (truth be said, the husband in this case was reduced to a simple bad husband formula).

“He stares into his phone as if nothing else exists. This might be true, there is really nothing else. What do we live for?”

I think Ila’s role as a housewife is an arbitrary one that is there to allow the story to have its tasty foody part. Otherwise, it could be any modern city dweller who searches for meaning and certainty in a universe that has neither (Irvin D. Yalom). In the end, she does not find a good solution; this is not a H/Bollywood happy-ending drama. But she does find that things don’t have to be just black and white, that she can find hopeful things in the gradient transitions of life.

The film is crafted with subtle elegance through great camera work and the superb acting of all main characters. The camera reveals the city with the poetics of urbanity, its curses and its blessings. Crowded public spaces, where peoples’ eyes rarely meet. Where joyful and sorrowful moments are never shared, but lived in private. But the city is also filled with endless possibilities and opportunities, where even a low born orphan can make his own life (there is a side story about the new employee who is supposed to replace Sajaan, a great performance by Nawazuddin Siddiqui).

The Lunchbox does not give conclusions or a full-proof recipe for recovering from urban loneliness and a loss of meaning. It’s a reminder, a hopeful nudge about these simple tings – touch, eye contact, food, song – that are the basic essentials that connect us and make us human.