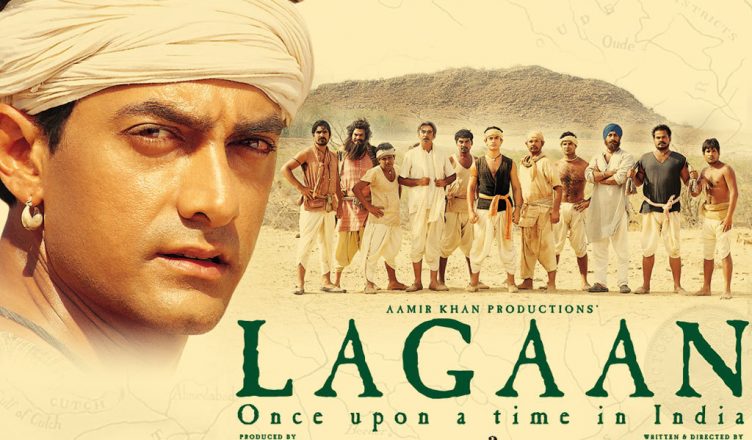 Lagaan: Once Upon a Time in India

“Lagaan: Once upon a Time in India” on Amazon.

Lagaan began as a dream, as nebulous dream, dreamt (…) by a man called Ashutosh Gowariker…

We get this introduction to the movie by Aamir Khan, and it was an endearing dream indeed. Almost four hours in length, it is a historical drama based at the end of the 19th century, and is a sports movie about cricket of all things! Seeing this resume, not many people might think of it as a good time investment. Fortunately, some other dreamers saw beyond this, and believed in the vision of the director. As a result, they created an internationally acclaimed film, and only the third movie in Indian history to be nominated for the Academy Award for Best Foreign Language Film. This prestigious recognition popularized Bollywood cinema and music for wide audiences around the world, and is an epic of epic proportion. “Lagaan” for me is not just one of the best Indian films I have ever seen, but I also consider it one of the best films I have seen in general.

The story is set in “Champane, a small village in the heart of India.” It is the year 1893, and India is under Colonial British control. Captain Andrew Russell, a very ego driven local commanding officer, imposes a double tax “lagaan” (tax that a village has to pay in crops to the local ruler) for the region. Raja Puran Singh, the local official feudal ruler, tries to reason with captain by explaining that there has been a prolonged drought, and the villagers can hardly survive. But captain is set to collect the fees to compensate for previous tax reductions. We can see that it is not just an administrative necessity, but also a power play of his. He suggests meat to Raja, saying that if he eats, the tax will not be doubled. But being a true Hindu, Raja decides to follow his dharma, and does not accept the offer. Villagers, upon hearing the news, beg Raja to help them, but they only get into more trouble. A village youth, Bhuvan (Aamir Khan) gets in a fight with the British, and even worse, he insults cricket. Captain Russell challenges Bhuvan to play a game of cricket. If he wins, the whole region will have no lagaan for 3 years, but if they lose, triple lagaan. Bhuvan accepts the challenge, against the will of his fellow villagers. Doing this, he enrages not only his village, but also all other villages in the region who are affected by this. However, one by one, Bhuvan manages to convert villagers to his cause, and forms a team. The peak of his recruitment comes when he acquires Kachra, a person from the untouchable cast, to the team. Due to centuries of prejudice against the untouchables, other villagers oppose this initially. Bhuvan scolds them for this, and implies that they need the unity of all people of India to fight against the British. Kachra becomes their secret weapon because his limp hand can throw the ball spinning. Another advantage that villagers gain is the support of Captain Russell’s sister Elizabeth, who secretly teaches them the rules of cricket. Of course, we cannot have a Bollywood film without a love story. Elizabeth falls in love with Bhuvan, but Bhuvan has always been in the heart of Gauri (Gracy Singh) from his village. She becomes very jealous of Elizabeth until Bhuvan finally admits his love for Gauri. To make it even more complex, Lakha, another villager, has his eyes set for Gauri. He becomes so enraged that she loves Bhuvan that he offers his services to Captain Russell in order to humiliate Bhuvan. During the cricket game that occupies 1/3 of the movie, Lakha sabotages the game, pretending not to catch the ball, and giving points to the British. Eventually the villagers discover this outrageous betrayal. But instead of killing Lakha, and it came close to it, Bhuvan offers him a chance to redeem himself, and to play for their side from then on. They go back and strike the British with full power, but it is not an easy fight. I never thought cricket could be so intense and exciting!

The movie has a lot packed in it. It is a historical drama, but it is not trying to depict any events very accurately. Some ideas, like integrating the untouchable into the society, are way ahead of their time. More than anything, it is a monument for traditional India, and the fight against British colonialism. They took Gandhi’s utopian village where all different ethnic groups, Hindus, Muslims and Sikhs, live together in harmony. The movie showed that integrity of traditional community can be a superior force to modernized society’s individualism. Even feudalism was shown in a positive light. The local Raja was a very compassionate and good willing lord, but helpless in this difficult situation with the colonizers. This part is also a historical mismatch, as:

Of course, this ideal Raja works for the utopian, patriotic attitude of “Lagaan.” It shows Indian people as self-sufficient, and in no need of modern technologies or political systems from the West (also, no need for Western women, as Bhuvan has chosen Gauri. He never even though of Elizabeth). It is a patriotic and nostalgic film. It idealizes the India before the nation-state, and before the separation of Pakistan. It is patriotic not for the nation of India, but for the traditional.

“Cricket is an Indian game accidentally discovered by the English,” wrote cultural theorist Ashis Nandy (Source: The University of Iowa).

I do not know the rules of the game, so I must have missed out on a few things there. But even without this knowledge, the movie is a pure joy to see. I think Marshal McLuhan, a media theorist, would have liked “Lagaan” for a few reasons. First, because this movie showed the situation and the history of India and the British Empire through the model of a sports game. Marshall McLuhan talked about sports as an expression of violence under controlled circumstances. Through sports games, they could show the fight for independence without showing any actual fighting or violence. Second, the movie is not just about the collision of India and the British Empire, it is also a collision of different modes of thought – the rational (modern) and the traditional. The great Victorian British times were the age of reason, steam engines and mechanical wonders. This is a huge contrast to rural India, with manual labor using instruments that have not changed in centuries, traditions, folk beliefs and religion. Again, the movie gives priority to the traditional thought, which is more community based and closer to nature. I think the most beautiful and evident contrast between these two modes of thought was shown through dance. The villagers’ dance is their means of communication, their unity, and their sense of community. It is often spontaneous and chaotic. In one scene just after this spontaneous dance, they show the British dancing classic waltz, which according to McLuhan, is a depiction of how a mechanical clock works. It is controlled, specific, and seems very cold compared to what the villagers do. I do not know if this meaning was the intent of the director, but it certainly is a nice touch.

In Bollywood films it is typical to have dance-singing scores as a halt of the action, a kind of amusing break. But “Lagaan” is different, and its superb soundtrack composed by A. R. Rahman is fully integrated into the story and action. It enhances the film experience just as a good soundtrack should. In the end, with all the buildup, and all the action, you yourself want to burst into dance and sing along, whether you know the language or not.

For me it is not only a wonderful movie, it is also an example of how people can make their dreams reality, despite the odds. Thanks to Ashutosh Gowariker’s dream and determination that made it possible, and also thanks to Aamir Khan, and his belief in the vision. Aamir not only agreed to act in the lead role, but also to produce the film after they could not find a suitable producer. He did this to give the director “the creative freedom he needed,” as some other producers they approached wanted to make changes in the script. In the end, due to their collective effort in the difficult journey to make this dream happen, we have a beautiful masterpiece to enjoy.