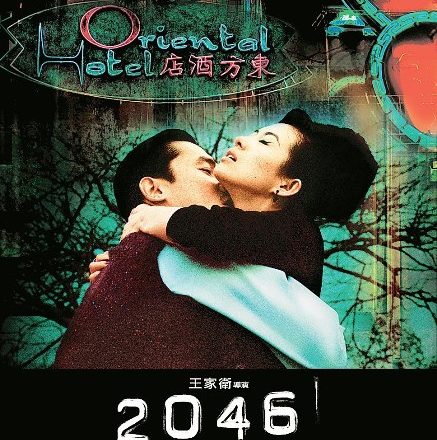 Love is all matter of timing; it is not good meeting the right person too soon or too late Chow

It is a movie about Love, Loneliness, Longing, Lust and… well aren’t most of them about this. But it is how you show the story, how you appeal to feelings of audience – that’s what matters. In these terms it is a superb movie, a real gem of Asian cinema.

2046 directed by famous director Kar Wai Wong as IMDB puts it is “Drama, Fantasy, Romance, Sci-Fi”. Though Sci-Fi part is just a side story, an erotic novel written by Chow (Tony Leung) – the main character. What we mostly see is Hong Kong in 60s, a hotel, a man and stories of women he meets. A woman who is in love with Japanese man, but her father objects to that; a beauty (Ziyi Zhang) who desperately falls for him; a mysterious professional gambler with black glove, all pass his life leaving their mark and so does he. But somehow there never is a real deep connection as something from their pasts always shadows the present. For all of them it is so difficult to find the meaning and they just keep dwelling in the past.

Meanwhile in the sci-fi novel a train leaves for 2046.

Everyone who went there had the same intention…..to recapture their lost memories. It was said that in 2046, nothing ever changed. Nobody knew for sure if it was true, because nobody who went there had ever come back- except for one.

I once fell in love with someone. After a while she was gone. I couldn’t stop wondering if she loved me or not. I went to 2046 hoping to find her there. But I never found her.

Eventually Chow realizes that that is himself and that it was him who kept clinging to his past. But how can one separate oneself from own memories?

“2046” is more an experience than a narrative. Though one might try to find deeper meanings in numbers, like Roger Ebert did:

We gather that “2046” is the name of a science fiction novel being written by Chow. It is also the room next to his in the hotel where much of this movie takes place — a room lived in by a series of women he loves. Not coincidentally, 2046 is also the year set by China for the expiration of Hong Kong’s quasi-independence from the mainland. Does that make the movie “2046” a parable about Hong Kong?

You can try watching “2046” a few times to catch all interesting synchronicities. However, even not trying to understand the film, it’s a superb experience crafted by brilliant director with cast of the best actors and, of course, cinematography mastery of Christopher Doyle. It is a lose sequel to other two movies by the director: “Days of Being Wild” and “In the Mood for Love“, thus you might want to check them out first. But you don’t have to, as “2046” provides so much in itself though does not really give any answers. But should every movie give answers?