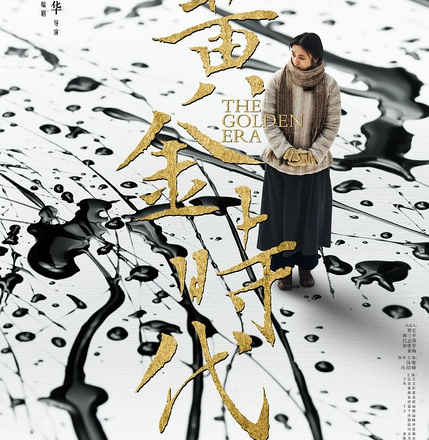 The Golden Era on Amazon.

There is great danger in making a biography if the passion for the subject tints the glasses through which the story is told. The desire to emphasise moments in the subject’s life at the expense of filmic storytelling can mean distancing the audience from the very person you want them to become intimately acquainted with. The Golden Era is the biography of a young writer living amidst the turbulence of war and dealing with personal struggles that ensured the richness of her prose. In order for this story to be told to a modern audience, distanced from her life by more than eighty years, and seen through the eyes of convenient modern living then the moments that are chosen must capture our attention, incite our imaginations and connect us emotionally to the character and her struggles. A tall task by any standards and only made more difficult when the passion for the project doesn’t allow the filmmakers to create their own distance from the content in order to see it from an audience’s perspective. 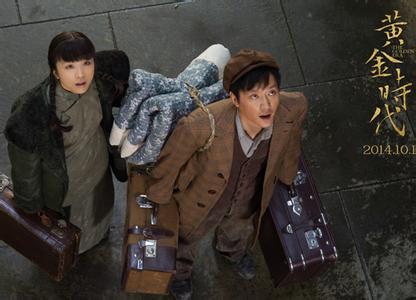 Ann Hui (許鞍華) has thus far achieved a career filled with accolades and praise. From her feature film directorial debut in 1979, to the first of her best director awards in 1983 for Boat People (黄金时代) at the 2nd Hong Kong Film Awards, to the first time one of her films was chosen to represent Hong Kong in the Best Foreign Film category at the Academy Awards. Her films are personal and often reflect poignant aspects of her own life. They depict the struggles of those neglected by main stream society. They show translocation, families or individuals moving to or moving away from the comforts of home. They also depict characters with mixed heritage. All of which are touchstones to Ann Hui. In the life of Xiao Hong (萧红), the central character in The Golden Era, Ann Hui has found a kindred, a woman whose experiences echo her own. 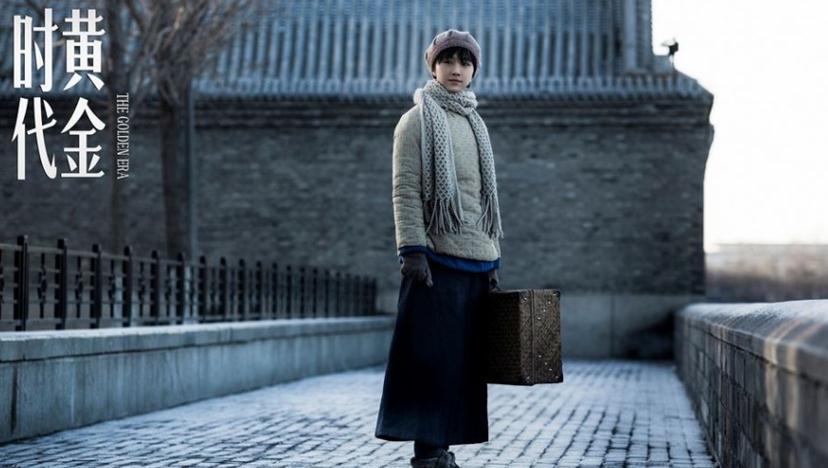 Xiao Hong was a writer. She was born in rural China, close to Mongolia and Russia, in 1911 and her highly impactful life was cut short in 1942 in Hong Kong. When only nineteen, she fled home to avoid an arranged marriage but was pursued by her fiancé. When she became pregnant a year later, her fiancé did the fleeing, leaving her to cover a very large bill or be sold into prostitution. The union that would shape her life began in 1932 with the meeting of Xiao Jun (萧军) while still pregnant. The couple began living together and took the names by which they would become broadly known. Together their names, Xiao Xiao Hongjun, mean ‘Tiny Red Army’. The pair published a collection of short stories in 1933 and Xiao Hong published her first novel in 1935. What set her apart as a writer was her determination to chart her own course, avoiding the popular narratives of the time and even avoiding central protagonists in pursuit of a deeper expression of the environments to which she was intimately acquainted. 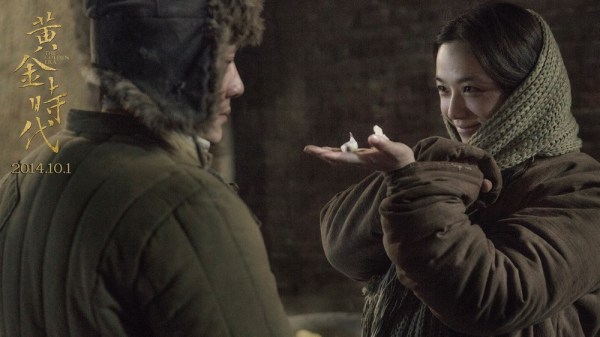 The Golden Era begins with Xiao Hong’s own words reflecting on the beauty of her childhood home and the image of a young girl being urged by her grandfather to grow up quickly. Throughout the narrative the characters repeatedly break the fourth wall, directly addressing the audience in a pseudo-documentary style, with occasional glances more reminiscent of the French New Wave. This continually reinforces the notion that we are dealing with a real person, undergoing real experiences and making real achievements. The little girl does indeed grow up quickly and is soon seen fleeing to the big city, attempting to avoid the demands of a traditional system. Her fiancé finds her despite the pressures of his own family to throw her in the gutter, something he does only after she is several months pregnant. For the most part the movie narrative follows the conventional understanding of Xiao Hong’s life. Each event is further punctuated by faux- interviews retelling encounters and momentous events.  And although these interviews serve to ground us in reality, they also perform a disservice, distancing us from the story and from Xiao Hong herself. 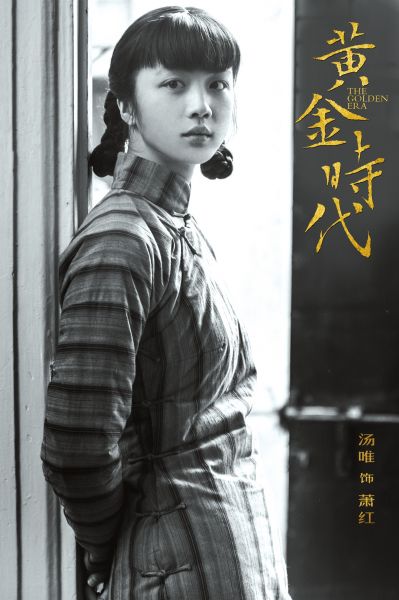 In order to create a believable world for a film, especially for a period film such as this, a lot of expertise, time and money must be spent. The 1920’s and 30’s have a distinct look, filled with the objects and trapping of the time. A means of reducing those costs` is by using a lot of interiors. There is risk in this however as it can create a claustrophobic atmosphere. Though the sets certainly looked the part, there was a sense of two-dimensionality to them, as if it were a play with a theatre’s limitations rather than the limitlessness of film. The lighting seemed to enhance this, rather than utilizing the depth of a multi-dimensional space. What this asks of the audience is a certain amount of forgiveness in terms of their suspension of disbelief. It was only when a background layer of the image was brought to life though partially glimpsed exteriors with their passers-by and ambivalence did the world of the film transcend the screen and capture imagination. 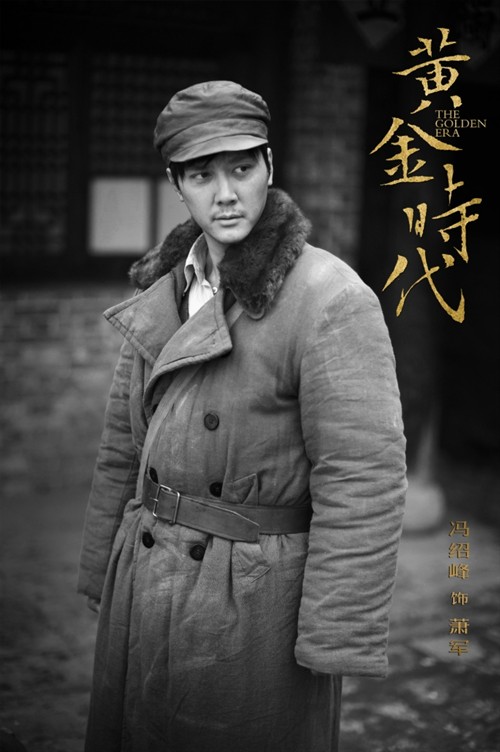 The strength of Tang Wei (萧军) in the role of Xiao Hong cannot be faulted. She is a gifted actress who willingly puts the needs of the character before her own, meaning she takes her ego out of the acting process. Unfortunately, despite the long running time of the film, it felt as if she wasn’t given the opportunity to explore the depths or potential of the individual she was being asked to inhabit. It was surprising there weren’t more moments of Xiao Hong doing exactly what she is most famous for, writing. Nor were there the kind of exchanges between characters that would allow audiences a peek behind the curtains, letting them have a deeper understanding of the person’s heart and mind. At certain moments the dialogue sounded as if it had been lifted straight from a text book, void of the naturalistic timbre of speech, said more to illustrate a moment the filmmakers felt was important rather than what people would be saying and doing in a given situation. 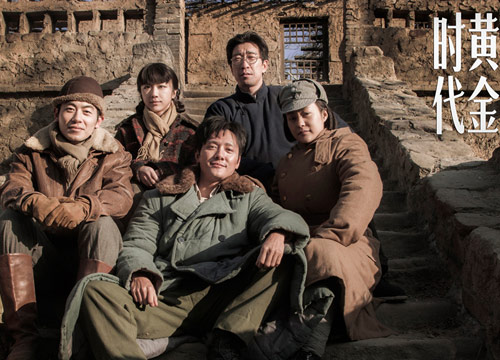 There is a lot to be impressed about with this film. It is a mammoth undertaking and obviously made with the passion and prowess we have come to expect from all those involved. It was made with a clear focus as to the story they wanted to tell and the impression they hoped to leave behind. It didn’t however draw audiences in enough for them to make an emotional connection, the kind of connection that appears to exist between the filmmakers and their subject. The times between interviews was when the story breathed the most but these proved short lived, a direct address always coming as an unwelcome interruption. What it does do is present the portrait of a woman who continues to have an impact in the China of today, as well as introducing her to those who have yet to become acquainted. It is highly respectful of its subject, sometimes to the point of reverential and it will surely serve to inspire many to seek out Xiao Hong’s writings. It is brilliantly acted within the confines of the chosen scenes and the curbed dialogue though never reaches the harrowing malaise of what this young woman’s life must have been. The resultant filmic incarnation sits somewhere in the realm of docu-drama that tends to keep audiences at a disappointing distance.