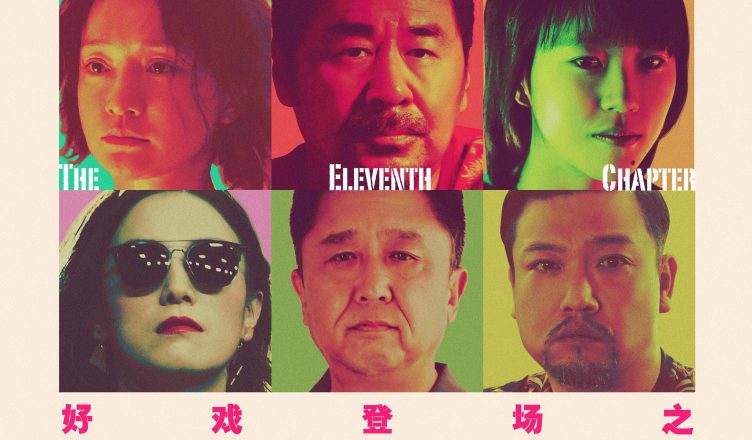 Amazing is the tenacity of human beings to get to the bottom of things: the Truth. Just look at our preoccupation with spy novels, documentaries, biographies. We all desire some ounce of truth.

There are, however, many instances where the truth can be complicated either by one’s own will or somebody’s intervention. The film The Eleventh Chapter foregrounds these complications, together with the ethics of representation. Released five years after his award-winning debut film A Fool, this is the second film made by Chen Jianbin, one that he had co-written and starred in as well. The film encapsulates the well-known Chinese actor’s grand vision of life and art, within a quasi-tragedy plot that renders it nihilistic and hopeful at the same time. Its main concerns are explored in a black comedy-drama genre which delights and nudges the audience to connect big ideas with the everyday.

The film follows the ordinary life of a middle-aged man named Ma Fuli, who finds the homicide case he was charged with, for murdering his ex-wife and her alleged lover, adapted into a stage play by the municipal theatre troupe. But he claims their adaptation is inaccurate. Problems arise when different characters insist on different portrayals of the murder case to serve their own narratives, each having their own Rashomon-like conjectures of what happened thirty years ago. What is clear though is that representations will always be distorted and never 100 percent faithful – therefore the whole plot, being Ma Fuli’s endeavor to right the wrong of the theatrical adaptation is futile from the start.

Chen uses stunning aesthetics throughout the film, including color theory to illustrate his point about biased representations. During the official performance, Chen uses opposing colors, blue and orange to distinguish what is real and what is staged, even though this time around the play is implicitly based on the objective account of a witness. Once the curtains are drawn and the lights come on, the play commences. Immediately, the scene is washed in a deep orange hue, telling us that the events happening onstage remain far divided from the blue-coded reality: the real Ma Fuli with the real tractor thirty years ago. The visual cues of warped representations are therefore the ‘colored lens’ through which we view the scene (and subsequently the tractor’s shattered side mirror). The film never allows us to see Ma Fuli’s past in its unmediated form.

As Commander Fu of the theatre troupe has explained, the ‘alibi’ of art exists because artistic representation is always divorced from reality: the real Ma Fuli version A is nothing like its staged counterpart B. But like the characters in question, we may not be convinced of this ‘alibi’.

Chen also tastefully blurs the dichotomy between truth and lie, reality and performance in this scene using mirrors. Paired with the dizzying effect of the swift camera pan, it is easy to see why audiences may have trouble discerning which are reflections and which are their real bodies. If plays are indeed like mirrors, as the stage play director Hu Quentin had proclaimed in his radio broadcast, the film thus conveys how performance can be confused with reality. The use of mirrors in the budding romance (one which results in an extramarital affair) seems to be a nod towards Wong Kar Wai’s In the Mood for Love, a film that also deals with the idea of performativity. We are left pondering if Quentin’s feelings for Meiyi are genuine or merely an act.

Furthermore, purely from their names, we can find references to real-life figures – film director Quentin Tarantino and actress Meryl Streep (locally nicknamed as Meiyi 梅姨). That means the two characters are fundamentally representations, already finding their origins from the ‘outside’ physical reality. Given that the Chinese character Jia has the same pronunciation as the Chinese word for fake, one really wonders how dissociated from Meryl Streep is this character Meiyi, especially when she is as obsessed with acting and embodying a character as Meryl Streep is. Chen brilliantly morphs philosophical inquiries of reality versus performance into a sort of Easter egg hunt that has the audience gathering clues and thinking in abstract terms.

Delving further into the dichotomy between truth and lie, the film also grounds its philosophical contemplation on Ma Fuli’s family, his second wife Jin Cailing, and stepdaughter Jin Duoduo. Deception is a major theme that runs through the scenes involving them, starting from the opening sequence of the radio program that talked about how mothers frequently tell white lies to their children for their own good. After finding out that Duoduo was pregnant, Cailing disguised herself as a pregnant woman, using a pillow-stuffed belly, to spare Duoduo from the disgrace of having a baby out of wedlock. However, Ma Fuli suggests that their pretense only applies to public appearance. Which means, in front of others, Duoduo has a younger sibling; In private, Duoduo has a child. This added complexity of an ‘outside’, ‘inside’ truth informs us of the overwhelming barriers to authenticity, especially when the family serves as a parallel to the theatre troupe that only has access to the external truth. Like the theatre’s inclination to twist the facts, people, in reality, are also constantly performing, lying to maintain an appearance – of chastity, or of respectability. Chen accentuates Ma Fuli’s family drama with absurdity elements (think elliptical editing and abrupt swollen eyes) and intensified emotions (shaky camera and extreme close-up shots) to underscore their theatrical nature. Therefore, life is nothing but an offstage play – its difficulties will hopefully pan out if we keep acting our parts.

Aesthetically shot, intellectually layered, and more artful than expected of Chinese cinema, this is a captivating film not designed for masses looking for a passive, mind-numbing watching experience. This is a film that boldly questions, and invites us to ruminate about, the inextricable relationship between art and reality, between the veracity of facts and the fictionality of narratives. If you have a genuine love for film as an artform, The Eleventh Chapter will not disappoint.