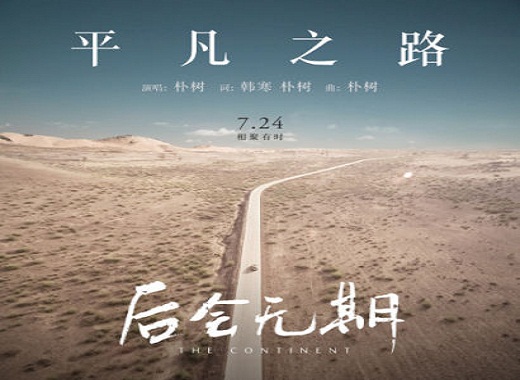 Find The Continent on Amazon.

There is something alluring about a seemingly endless road, in a vast landscape. A lone car riding into the sunset, with unknown riders in it – are they going somewhere or running away from something. Who knows, maybe both.

As cars became an essential part of American culture, road movies captured part of the American dream; a land of opportunities and the open road. Movies like Easy Rider, Bonnie and Clyde. Thelma and Louise and so many others had a profound impact on the world’s imagination due to the influence of American media like TV shows.

China, also has vast land “out West.” Cars, and driving for pleasure, are becoming part of life for its middle class.  We can see this trend moving onto the big screen as well. Breakup Buddies was a fun take on the genre, with some dramatic moments.  However, The Continent brings an entirely different sentiment. On the surface it is set up to look like another Hollywoodian road movie film, just in China. It has the three friends with different personalities, eccentric characters they meet on the road, and a love encounter. But then in every occasion it breaks the rules and does not provide what was expected. The movie plays with expectations and conventions and leaves a viewer a bit disappointed. And that is the whole point, as this movie is not so much about the road, as about growing frustration with an antagonistic reality.

The film has a strong opening – it shows the ruins of communist development on a small island. Being from a post-Soviet country and having had a chance to travel in a few others, I can empathize. These are not just industrial ruins – these are the broken promises and broken dreams of multiple generations that lived under strict communism. The three young men who grew up on the island are ready to leave. And they leave with a blast. Literally – they blow up their old houses. One is young failed entrepreneur, who tried to open up tourism on the island, second is a school teacher, and the third a “slower” guy who is just there. In Hollywood tradition this would bring some interesting dynamics and funny moments between them, but it doesn’t. The three “friends” do not seem to be friends, just people brought together by their geographic location and age similarity. Actually, they accidentally forget the “slow” guy in the beginning of the film and they just go on the whole movie without him! Talking about broken expectations.

Then there are the eccentric characters on the road. The “friends” (still three of them at this point) check into a seedy hotel. A call girl comes into their room. At first she seems to be confident and playing the stereotype. The audience anticipates a funny sit-com situation again. But then the illusion breaks, as she herself is not sure about what her stereotypical character is supposed to do. Then the police try to barge into the room and we finally get an awkward funny moment. The “Friends” run way (this is when they forget the “slow” friend) with the girl. The next day they learn that the whole thing is apparently a scam of her family to lure money out of unsuspecting travelers. It is more awkward than funny. Just as all of their encounters with other road characters. The New Republic summed up their encounters as:

Along the way, they encounter fellow twenty- and thirty-somethings whose lives haven’t lived up to their dreams: A pregnant prostitute who runs scams so she can have her baby overseas, an old would-be-flame trying to make it in the film business as a body double, and a philosophizing hitchhiker struggling to get over his girlfriend’s death. The voice of cynical reality takes the form of the prostitute’s “uncle,” played by art-house god Jia Zhangke. “Only kids think there’s a right and a wrong,” he says. “Adults believe in pros and cons.”

Eventually, even their car is stolen and they just part ways.

The Continent is not the land of opportunities, and this road movie is not the feel good movie of the year. Though it is far from what I would call a great movie, it does have something. I think it manages to capture this mood of looming frustration, disappointment and meaninglessness. Neither staying at home, nor hitting the road provides any answers to this generation. The film stems from director’s Han Han’s previous works in literature, that resonated very well with the new generation. He became the voice of that part of the population that is striving, yet searching. They do not work in factories, they are seeking ever better white collar jobs and a nice high rise apartment. Still they are wondering if that should really be their goals. This movie, while not perfect in cinematic arts sense, is an interesting way to peek into the complex reality of China today.

For a country with thousands of years of keeping historical records, movies featuring past events come easily. Movies of self-reflection and a inner emotional world are more difficult. The Continent is a welcome example, and we seem to be getting more of these from the Mainland in recent years. I am quite positive that more will come from this nation who is trying to build new meaning for themselves and a new role in a global context.