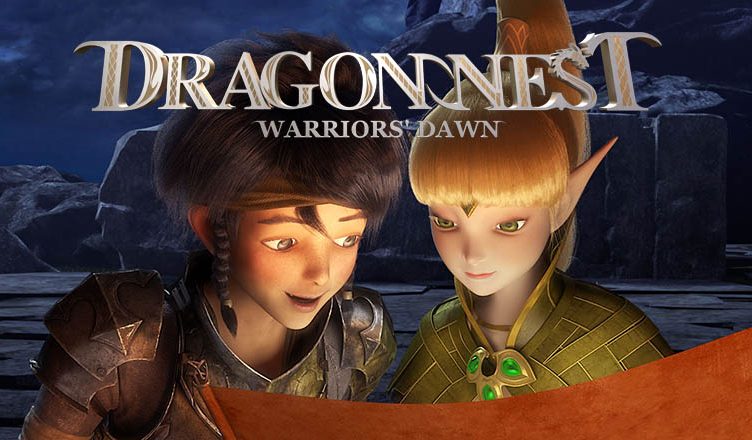 The West holds 3D animation in a vice-like grip. And how can they not? Even back to the days of Toy Story, the biggest Hollywood animation studios had had the ability to throw money and talent into the thing. More than that, this relentless onslaught of money resulted in many experienced animation experts. So anyone else who wants to get into the game is already starting on unfavorable terms. And Dragon’s Nest is a videogame movie, ferchristsakes.

Following MMO of the same name, it tells a story of fantasy realm. According to the best Asian MMORPG fashion, the land is inhabited by several nation-races: the humans, the elves, the sorcerers (the ability to cast magic and wear skimpier dresses is apparently a big enough distinction) and monsters. The monster were lead by the black dragon, but an alliance of the good races defeated it eons go… then promptly fell into infighting. And, of course, they didn’t defeat it well enough, so now it’s coming back, and coming back stronger. Sort of like Jesus, but an evil spiky dragon. Meanwhile, our hero Lambert is a village lookout who’s sleeping in a tree, dreaming about food, and letting a monster vanguard party roll past. After a hilarious fight, he gets to join a heroic band of mercenaries and fall into elf cleavage, which results in love.

Of all the JRPG (yes, I know the movie is Chinese) tropes, only two remain unmarked: the movie doesn’t start by the hero woken up by his mum (and his village doesn’t really burn down), and the evil folk aren’t white haired red eyed anorexics, so that’s one point in favor of Chinese writing. On the other hand, the hero is kind of food obsessed, clumsy yet heroic, accompanied by odd pets (two spherical bipedal dogs), and is treated like an equal by adults – legendary mercenary adults, at that. The hero party hits all the MMORPG classes as well (even the black knight), and attacks look just like out of a game, and feature what I have read to be signature combo attacks of Dragon’s Nest.

And the movie gifted me with an epiphany of sorts. Namely, that the people droning on about how the West is so bad for using mysterious ninjas and wise old kung-fu masters-magicians can shut the hell up. For one thing, I’ve seen enough anime to know that basically anything of the western history and religions are fair game when looting for strange, foreign sounding words, concepts and imaginary. To that end, it’s as mysterious and strange for Asians as it Asian culture is to the westerners. It’s perfectly natural, and nobody cares. Hell, nobody cares when you show vikings wearing period inappropriate helmets, knights mixing armor or Robid Hood leading a pro-democratic rebellion that had to defend the English coast from reverse Normandy landings by the French. 9/10 people don’t care about history or their own culture to fret about tiny details and nuances, so why should you get uppity about them?

What you can really, definitely feel is strangeness. Dragon’s Nest looks like pseudo-Western fantasy. You have knights, kings, castles, peasants, yet they’re all touched by Asian view of Western fantasy. All soldiers wear plate all the time, and knights are everywhere, to the point where they can ride up a ramp to the castle wall. A castle may look western, but it’s situated on the top of a high and narrow mountain, which can only be accessible by some sort flying shit. And lo and behold, flying ships are also in the movie, because Final Fantasy had them, and this means that every Asian RPG afterwards had to have them – similarly how dragons and upgradeable bases are now a staple of Western RPGs. Elves are all ageless master markswomen – yes, it seems they’re all mono gendered. So as you see, the movie has familiar trappings, but it’s also so very strange.

And judging by IMDB rankings, it didn’t fare too well, seeing how it only had a couple hundred of votes. A couple hundred of votes since the last November! Clearly this isn’t a movie that enthralled the audiences. And that’s hardly a surprise, considering that it had to fight with the likes of Big Hero Six and How To Train Your Dragon 2. When in comparison with the titans of animation, Dragon’s Nest is too alien for the western audiences, and just not very good in general.

Though “just not very good” is an apt description for any video game movie. 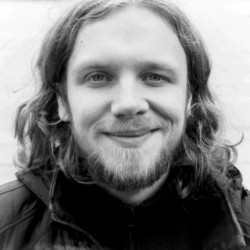 Martynas Klimas
Once and future king. Convinced that Ong Bak is the magnum opus of action cinema.